While opener Evin Lewis had played for the Mumbai Indians in 2018 and 2019, this will be pacer Oshane Thomas' second IPL stint for the Rajasthan Royals 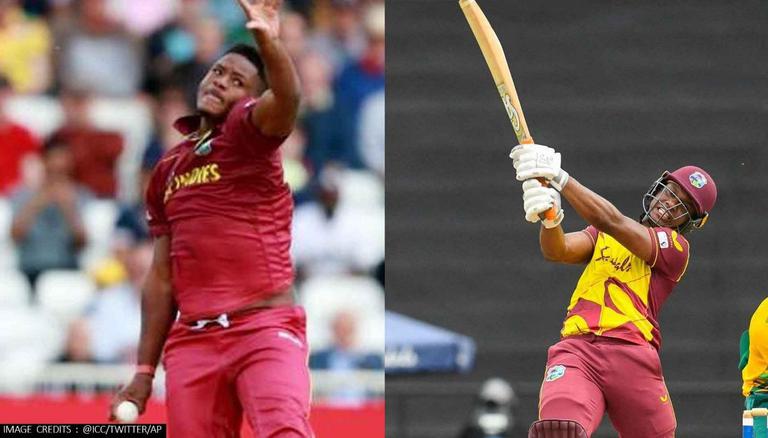 
The Rajasthan Royals, on Tuesday, revealed their latest signings to replace England cricketers Ben Stokes and Jos Buttler for the second leg of the Indian Premier League (IPL) 2021 in the United Arab Emirates. The former IPL Champions named the West Indian duo of opener Evin Lewis and pacer Oshane Thomas as replacements for Buttler and Stokes. While Stokes has taken an indefinite break from the game, Buttler opted to skip the tournament due to the impending birth of his second child.

For Evin Lewis, this will be his third stint in an IPL tournament having played for Mumbai Indians in 2018 and 2019. The West Indian opener is the country's fifth-highest run-getter in T20Is, with 1,318 runs, including 103 sixes.

For Thomas, this will be his second stint with the Royals in the IPL. He had earlier played four matches for the franchise in 2019, taking five wickets at an economy rate of 7.90. Thomas will be the second player from the Barbados Royals in the CPL to join the Rajasthan Royals for IPL 2021. Earlier this month, New Zealand's Glenn Phillips was lined up as a replacement for Jofra Archer. The Royals, who are placed fifth in the points table after the first leg, will resume their IPL 2021 campaign against the Punjab Kings on 21 September.

OFFICIAL: Evin Lewis is a Royal. 💥

The IPL 2021 phase 2 matches will be played from 19 September, with the final set to be played on 15 October. The BCCI had decided to move the tournament to the UAE after the Indian leg was halted over COVID-19 concerns.

A total of 31 matches will be played in the given time frame. The second leg of the IPL 2021 edition will begin with a blockbuster clash between arch-rivals Mumbai Indians, who are the defending champions, and Chennai Super Kings. The final match of the league stage will be played between Royal Challengers Bangalore and Delhi Capitals on 8 October. The knockout stage of the premier T20 competition will begin on 10 October with Qualifier 1 taking place in Dubai. The Eliminator and Qualifier 2 will be played in Sharjah on 11 October and 13 October respectively.