MS Dhoni-led CSK made a comeback during the first innings of the Royal Challengers Bangalore vs Chennai Super Kings match and restricted RCB for 156/6. 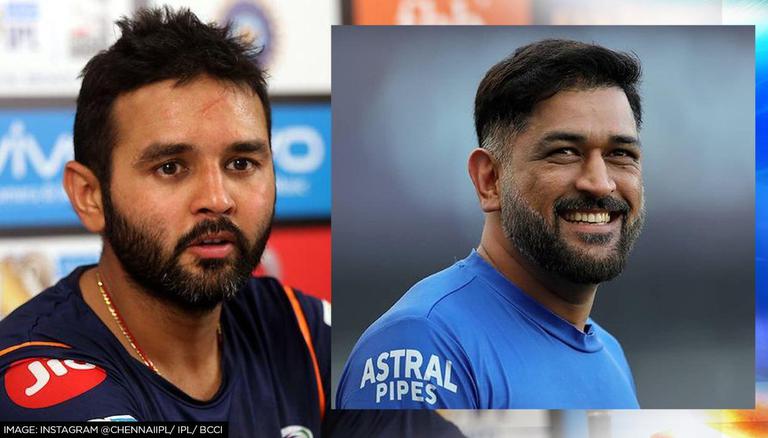 
Former Indian cricketer Parthiv Patel applauded MS Dhoni for leading Chennai Super Kings (CSK) from the front and defeating Royal Challengers Bangalore (RCB) by five wickets in match no. 35 of Indian Premier League (IPL) on September 24. Patel while talking to Star Sports, following the sensational victory by CSK, said that Dhoni continues to be the main attraction in the T20 cricket. Dhoni’s captaincy master-class was on display again on Friday, as CSK pulled off a win after lagging behind RCB in the early stages of the match.

Meanwhile, Parthiv Patel hailed Dhoni for earning the trust of his players and executing plans and tactics out in the middle. Patel was heard saying that there is a reason why they call MS Dhoni, 'Mentor Singh Dhoni' now. Dhoni was also announced as the mentor of Team India for the ICC Men's T20 World Cup, which begins after the completion of IPL 2021. Patel further added that Dhoni has been around in Indian cricket for so long that he understands the situation. He termed MS Dhoni the master of reading the pitches and added that Dhoni masters the skill of getting the best out of his bowlers. He further added that the good thing about MSD is that the players trust him and whenever there is a good plan, everyone goes with it because of the experience and the success he has achieved.

In the match front, RCB made a sensational start to their batting innings as opener Devdutt Padikkal and skipper Virat Kohli took RCB’s score to 55 at the end of the powerplay. However, after Kohli was dismissed in the 14th over following a partnership of 111 runs with Padikkal, RCB found it tough to score facing the incredible death bowling by CSK bowlers and were restricted for 156/6 at the end of the innings. Dwayne Bravo and Shardul Thakur were the stars of the CSK bowling line-up, as they accounted for five wickets among them during the death overs, whereas Deepak Chahar also took one wicket.

During CSK’s batting innings, openers Ruturaj Gaikwad and Faf du Plessis gave CSK a good start and were dismissed at the individual scores of 38 and 31, respectively. Moeen Ali and Ambati Rayudu also chipped in with valuable runs as CSK earned the victory with Suresh Raina and MS Dhoni out in the middle. With their seventh win in nine matches, CSK reached the top of the IPL 2021 points table with this win, while RCB find themselves at third place with five wins in nine matches.