The last time both sides met in IPL 2021, PBKS emerged victorious against RCB, winning the game by 34 runs. PBKS skipper KL Rahul had scored 91 in the game. 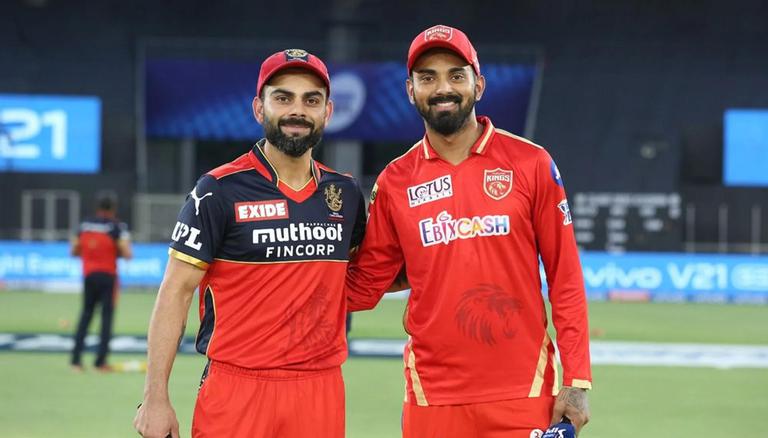 
The 48th match of the Indian Premier League 2021 edition will see Royal Challengers Bangalore (RCB) lock horns against Punjab Kings (PBKS) at Sharjah Cricket Stadium. The match is slated to begin at 3:30 p.m. IST with the toss scheduled for thirty minutes prior to that. While RCB needs a win to qualify for the playoffs, Punjab Kings is in a do-or-die situation and will require two more points to further strengthen its position in the points table. The last time both sides met in IPL 2021, Punjab Kings emerged victorious, winning the game by 34 runs. PBKS skipper KL Rahul had scored an unbeaten 91 to help his team win the match.

Both RCB and PBKS will come into the game on the back of a win. While RCB beat Rajasthan Royals in their previous game, Punjab Kings had won against Kolkata Knight Riders.

How to watch IPL in the UK and Ireland?

People in the United Kingdom and Ireland can watch IPL 2021 matches on Sky Sports Network. Sky has the broadcasting rights to live telecast IPL matches. As far as the online audiences are concerned, they can stream IPL matches on the video-streaming platform NOW, which is a subsidiary of Sky.

How to watch IPL in the US and Canada?

Willow TV has the right to broadcast IPL matches live in the United States and Canada. Willow TV can be accessed on a subscription fee of $9.99 per month. According to reports, Disney Bundle and ESPN+ have the rights to live-stream IPL matches in the North American territories. While the subscription fee of Disney Bundle is over 13 dollars per month, ESPN+ is available in half the amount.

How to watch IPL in other parts of the world?