Netizens react to hilarious Instagram reel featuring Shikhar Dhawan and Prithvi Shaw ahead of the opening match of the second-leg of IPL in UAE on Sunday. 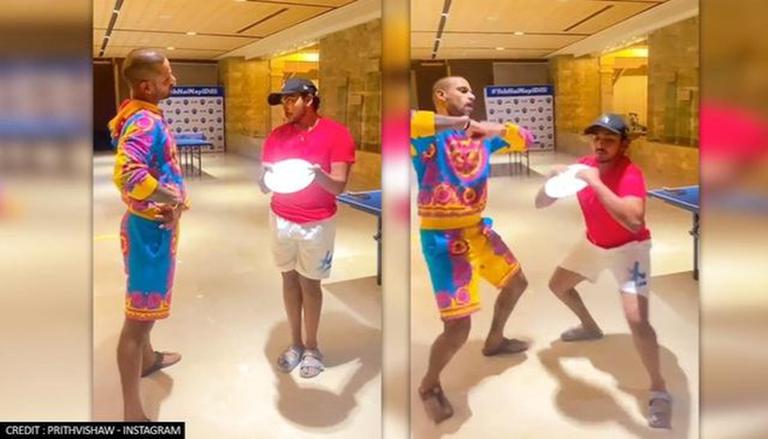 
Delhi Capitals skipper Shikhar Dhawan and prodigy Prithvi Shaw can be seen enacting a scene from a popular Indian daily soap, in a video posted by Prithvi Shaw via his official Instagram handle. In the video posted on Sunday ahead of the match between Chennai Super Kings (CSK) and Mumbai Indians (MI), Shaw and Dhawan hilariously act on the dialogues of the show and end up dancing at the end of it. On watching the video, Royal Challengers Bangalore (RCB) spinner Yuzvendra Chahal, MI’s star batsman Suryakumar Yadav and Sunrisers Hyderabad (SRH) prodigy Priyam Garg had a hard time controlling their laughter. 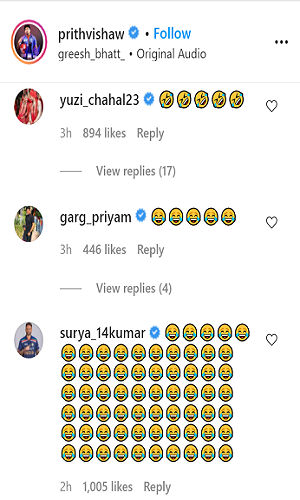 Here is how netizens reacted to the reel:

Along with the cricketers, netizens after seeing Shaw’s reel burst out with laughter and came up with some hilarious reactions. One of the fans asked Dhawan and Shaw to share their ‘Poha’ with him. In the video, Dhawan can be seen asking Shaw for Poha, as per the dialogue. Another user reacted by asking the players to join the Indian Television industry. Sarcastically, he added that they should start working in the TV industry soon.

READ | IPL 2021: What happened when CSK last played against MI at UAE? 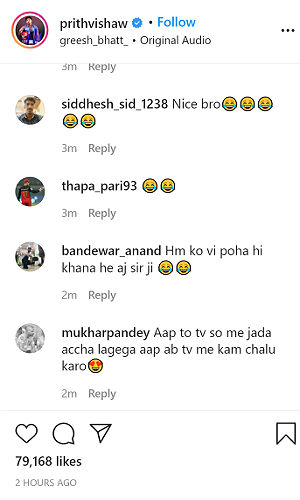 In the current season, Delhi Capitals' (DC) opener Dhawan leads the list of players with the most runs scored till now. He has amassed a total of 380 runs at a strike rate of 134.27 and an average of 54.28 in eight matches he has played so far. His highest individual score in this season is 92 off 49 balls, which he scored in match no. 11 of the IPL 2021 against Punjab Kings. Meanwhile, Prithvi Shaw finds himself in the fourth position in the list of batsmen with the most runs by scoring 308 runs in eight matches. He has a strike rate of 166.48, with the highest score of 82 runs.

READ | IPL 2021: Rishabh Pant explains how sitting on balcony helps to get used to UAE conditions

Shaw posted the video today, Sunday, as MI and CSK get ready to face each other in the opening match of the second-leg of IPL at the Dubai International Stadium on September 19. DC starts their campaign on September 22 as they face SRH in match no. 33 at the same venue. DC currently leads the IPL 2021 points table by being victorious in six out of the eight matches they have played in this season. In their last match of the season, they won the match against Punjab Kings by seven wickets on May 2, before the season was stopped due to the second wave of COVID pandemic.

WE RECOMMEND
IPL 2021: How to download Dream11 app for Android, iOS? A step-by-step guide
Ahead of IPL 2021 restart, Sanjay Manjrekar and Ian Bishop reveal one 'concern' for CSK
IPL 2021: Rishabh Pant says 'ultimate goal is to win the trophy' for Delhi Capitals
IPL 2021: Check all the details regarding ticket prices in UAE and how to buy them online
IPL 2021: When Ravindra Jadeja scored 37 runs in just 1 over; watch
Listen to the latest songs, only on JioSaavn.com