Rajasthan Royals vs Mumbai Indians: The league stage match between both teams will be played at Sharjah Cricket Stadium on October 5. Here's how to watch it. 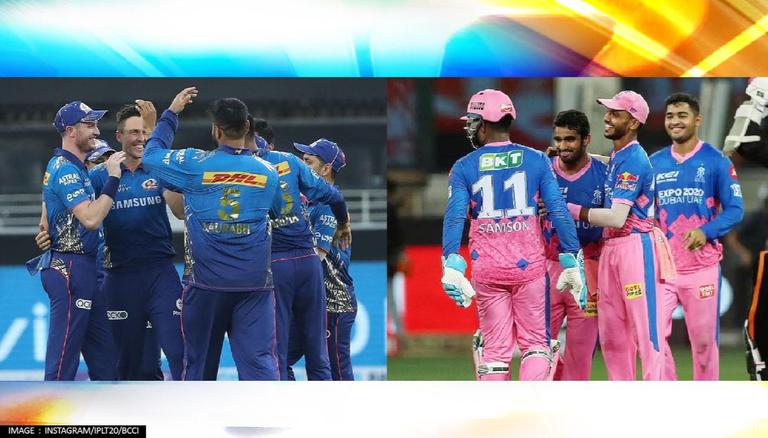 
The Rajasthan Royals and the Mumbai Indians are set to face each other in the IPL 2021 match which will be played on Tuesday, October 5 at Sharjah Cricket Stadium. This Rajasthan Royals vs Mumbai Indians match is scheduled to start at 7:30 PM IST. Here's a look at RR vs MI Live Streaming details and where can the viewers in India, the US, and the UK catch all the IPL 2021 live-action.

If you are wondering where and when to watch IPL 2021 in India, then you must know that all the matches in India will be aired on Star Sports Network. To catch RR vs MI Live Streaming, fans can log into the Disney+ Hotstar app.

READ | IPL 2021: In battle for top-two, Delhi Capitals prevail over CSK by 3 wickets

SuperSport, which is an affiliate of ESPN and Fox Sports Australia, will broadcast IPL matches in South Africa and Sub-Saharan Africa. Meanwhile, beIN Sports will play the matches in Saudi Arabia and North African countries. Fox Cricket will broadcast IPL matches in Australia, while Sky Sports will play in New Zealand. In Afghanistan, the matches will be aired on RTA Sports. India's Star Sports will also cater to audiences in the neighbouring countries, including Bhutan, Sri Lanka, Nepal, Bangladesh, and the Maldives.