IPL 2021: Top Youngsters Who Could Make An Impact In Second Leg Of Indian Premier League

As the Indian Premier League 2021 resumes in the United Arab Emirates on September 19, let's take a look at the youngsters who can make a mark for themselves. 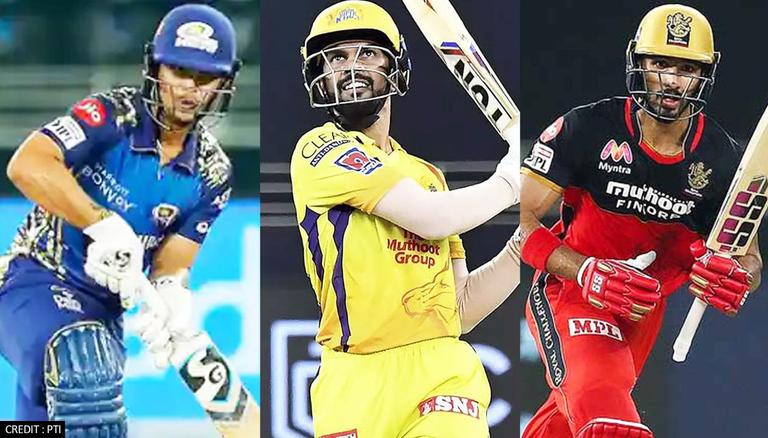 
The Indian Premier League (IPL) was stopped mid-way in May after the second wave of the COVID pandemic hit India. With just 30 matches played in the 14th edition of the tournament, the Board of Control for Cricket in India (BCCI) announced that the second leg of the IPL would commence from September 19 in the United Arab Emirates (UAE). The second leg will start with the match against Chennai Super Kings and defending champions Mumbai Indians. With the high-intensity tournament all set to return, let’s take a look at the youngsters in the IPL who can make an impact for their teams in the second leg.

Ishan Kishan- The top run-scorer for Mumbai Indians with 516 runs in the IPL 2020 season, Ishan Kishan made his international T20 debut for India by scoring a brave half-century against England. The second leg of the IPL will be a perfect opportunity for the wicketkeeper-batsman to increase his dominance with the bat in the IPL. However, he has scored 73 runs till now in the five matches that he has played in the 2021 season. After making his debut for MI in 2016, Kishan has scored 124 runs in 56 matches at a strike rate of 131.96 with the best score of 99 runs in the 2020 season.

Ruturaj Gaikwad- He is a 24-year-old opening batsman of Chennai Super Kings, who made his debut for the team in 2020. In the 2021 season, he has played all seven matches till now and scored a total of 196 runs with the best score of 75. He was bought by CSK in the IPL Auction 2019 after he impressed everyone in the Syed Mushtaq Ali Trophy 2018-19.

Krishnappa Gowtham- Krishnappa Gowtham made headlines by becoming the most expensive uncapped Indian cricketer in IPL history. He was bought by CSK for a mammoth price tag of INR 9.25 crore at the IPL 2021 Player Auction. He previously played for the Rajasthan Royals and helped them to qualify for the playoffs in the 2018 season. Even though he didn’t make his appearance on the field for CSK during the first-leg, he would be looking to make his debut and bring his skills to play under the captaincy of MS Dhoni.

Devdutt Padikkal- The 21-year-old batsman of Royal Challengers Bangalore impressed everyone during his debut season in 2020. He amassed a total of 473 runs in 15 matches. In the 2021 season, he has scored 195 runs in six matches at a strike rate of 152.34 with the best score of 101 not-out. He has risen through the ranks quickly and become one of the pillars of the RCB batting line-up.

Shahrukh Khan- The 26-year-old batsman with extraordinary hitting abilities as part of the Tamil Nadu team that won the Syed Mushtaq Ali Trophy in 2021. He was roped in Punjab Kings for a whopping sum of INR 5.25 crores. Shahrukh Khan has played eight matches till now for the Punjab Kings in the 2021 season, however, not being able to find a decent score. He has scored 107 runs till now, with the highest score of 47. He will be looking to start the second leg with a fresh approach and justify his inclusion into the team.