Mumbai Indians, a team that has been in transition in the last two years and had some baffling buys at the mega auction last season, opted to invest in Stokes' skill-set heir apparent Cameron Green. 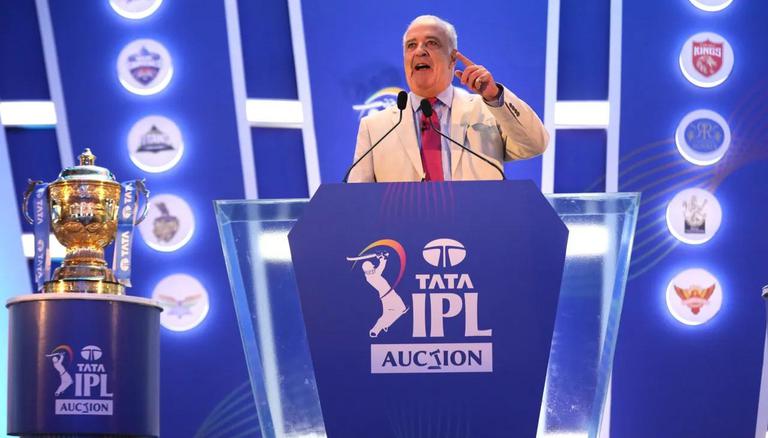 
Chennai Super Kings management, known for its practicality and prudence, pulled off a coup by buying England Test captain and world's premier all-rounder Ben Stokes in what looks like a leadership succession plan as and when Mahendra Singh Dhoni decides to hang his boots.

Mumbai Indians, a team that has been in transition in the last two years and had some baffling buys at the mega auction last season, opted to invest in Stokes' skill-set heir apparent Cameron Green.

Sunrisers Hyderabad have added Harry Brooks in their roster but what they needed more was an option that stabilises their bowling line-up.

PTI takes a look at top picks of all 10 teams

Ben Stokes (16.25 crore), Ajinkya Rahane (Rs 50 lakh) Mahendra Singh Dhoni has a simple mantra -- rely on tried and tested seniors, who have been there and done that. Building teams is something he has always left on other franchises.

With IPL set to be back in home and away format, CSK will play seven home games at the Chepauk, which won't exactly be a batter's paradise.

For Dhoni, Dwayne Bravo was a player of immense value and he wanted that replacement. CSK looked at all-rounders, who could hit big between overs 16-20 and exploit the tacky Chennai surface with variations. They initially looked at Jason Holder but went whole hog for the England all-rounder.

Stokes can both open the batting or bowling on days required and when the big man bids adieu to his favourite canary yellow jersey, Stokes could be the man leading the field.

Cameron Green (Rs 17.50 crore), Jhye Richardson (Rs 1.50 crore) Mumbai Indians had a disappointing mega auction last time. They had to go for one impact player and since they were looking at the next five years, Cameron Green at the age of 23 was ideal player in their scheme of things.

Both Green and fellow Aussie Tim David (who also played for Singapore) with their monstrous power hits will be dangerous at the Wankhede Stadium. Add Ishan Kishan, Dewald Brevis and NT Thilak Naidu in the mix, MI's batting will give headache to opposition.

However the bowling attack still doesn't look up to the scratch as both Jasprit Bumrah and Jofra Archer will be coming out of major injuries. Green and David's bowling on these tracks aren't the strongest suits.

But buying Jhye Richardson, a fine T20 exponent was a good call by MI as he will be Jofra's back-up foreign bowler if not the main one.

"I am pinching myself that this has all happened. It's such a weird feeling watching an auction for yourself. I can't believe how nervous I was and I was shaking like anything when the final call was confirmed," Green was quoted by ESPN Cricinfo.

"I’ve always been a huge fan of the IPL and it’s going to be so cool to be a part of it. The Mumbai Indians are one of the powerhouses of the competition so I feel very humbled to be joining them. I can't wait to get there next year."

Sam Curran (18.5 crore), Sikander Raza (50 lakh) Most of Punjab Kings' records have been off the field and breaking bank to get Curran as the most expensive player in the history of IPL auctions is one of them.

Curran was always going to go for a bid of USD 2 million range after his exploits in the T20 World Cup, where he was a standout performer throughout the event.

But the bid is often based on auction dynamics as one of the owners Ness Wadia said after winning the bidding war.

Now Curran will be playing most of his games at Mohali where the flat deck and evening dew can play spoilsport. His bowling was ideally suited for Chennai and Delhi surfaces where deliveries will hold up and some will skid through.

He was in Mohali a few seasons back and the overall results weren't exactly encouraging. But that was Curran just out of his teens and this man is an experienced hand. Hope he can turn tables for Punjab Kings but doesn't look likely at the moment.

Nicholas Pooran (Rs 16 crore), Daniel Sams (75 lakh) They reached the play-offs in their maiden IPL appearance but 2023 season will be a bit trickier for them. The franchise still doesn't know whether they would get left-arm speedster Mohsin Khan, who has suffered an elbow surgery and the rehab will be a tough one.

However not going for any of the all-rounders and getting Nicholas Pooran as a finisher is as baffling as it gets.

As Scott Styris, one of the analysts on Jio Cinema put it, "For that kind of price, he has to put in more consistent performances." Also with Quinton de Kock in the line-up, it will be interesting as to who dons the big gloves. Among franchises with reasonable purse, LSG's Pooran seems to be the worst buy.

Agarwal is currently out of India contention across formats but save last year, he has been a dependable IPL player and with local capped players available at a premium, auction dynamics would have led to his heavy duty bidding. Mayank also gives SRH a captaincy option with Kane Williamson gone this year.

But having Brook, who many term as "England's Virat Kohli" will have to be fitted in the middle-order where they would need to get rid of either New Zealand's T20 sensation Glenn Phillips or South African Aiden Markram. Now Markram bowls handy off-spin on slow tracks. The price paid to Brooks, they don't have the option of benching him.

Shivam Mavi (Rs 6 crore), KS Bharat (Rs 1.2 crore), Kane Williamson (Rs 2 crore) Defending champions Gujarat Titans with a sharp coach in Ashish Nehra made some clever choices at the auction. While eyes might pop out at Mavi's Rs 6 crore deal, there aren't many effective Indian T20 bowlers on that roster and Mavi had to go for a bit of price.

The two steal buys are keeper Kona Bharat, who got wasted in Delhi Capitals last season as Rishabh Pant's understudy and here there is every chance that he might open alongside Shubman Gill in place of 38-year-old Wriddhiman Saha.

Kane Williamson may not be an automatic playing XI choice but on tricky surfaces, he could be brought in as stabilising influence.

Mukesh Kumar (Rs 5.50 crore), Phil Salt (Rs 2 crore), Ishant Sharma (Rs 50 lakh) Delhi Capitals is another franchise which showed a lot of common sense in their picks. Mukesh Kumar was a net bowler with the franchise last season and is now playing regularly for India A. With his ability to pitch the ball up, he can be a good Powerplay option during the later stage of the tournament.

But the bargain buy certainly was Englishman Phil Salt, who had blasted the Pakistani bowlers during the T20 away series few weeks before the T20 Word Cup in Australia. At Rs 2 crore, it couldn't have been better. Ishant Sharma at base price isn't bad bargain either as his experience at times can come handy.

N Jagadeesan (Rs 90 lakh), Vaibhav Arora (Rs 60 lakh) KKR didn't have any purse left but N Jagadeesan, who has done well in TNPL and recently owned the world record for highest List A score (277) was taken for less than a crore. In fact, last year, KKR struggled with keepers and even had Baba Indrajith in that role. This time, Jagadeesan might just be a more stable component in their strategy.

Will Jacks (Rs 3.2 crore). Reece Topley (1.90 crore) Royal Challengers Bangalore had two moderate but decent picks in England batter Will Jacks and lanky left-arm seamer Reece Topley (England), who had recently troubled India in an ODI at the Lord's. They did show interest in a few players but with lack of purse couldn't go the distance.

Jason Holder (Rs 5.75 crore) Since Ben Stokes left, Rajasthan Royals had to go for a pace bowling all-rounder and with only 13 crore in its kitty, Ben Stokes and Cameron Green were out of reach. They settled for Jason Holder, who could be a handy option at the Sawai Man Singh ground where batters get a lot of value for their shots.

His presence at the back-end will give coach Kumar Sangakkara and captain Sanju Samson a lot of hope as well as option of power-hitting. Similarly, his well disguised slower ones will also be effective on Indian tracks.