IPL Final: How KKR Collapsed From 91/0 To 125/8 As Thakur Turned The Game Around For CSK 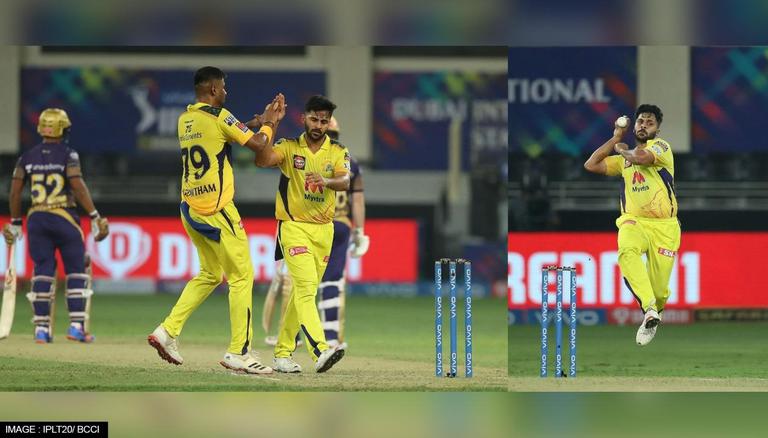 CSK restricted KKR to 165/9 at the end of the match and picked up their fourth IPL trophy. Chasing a target of 193 runs set by CSK, KKR lost their first wicket after a partnership of 91 runs between openers Shubman Gill and Venkatesh Iyer.

However, Thakur removed Iyer in the fourth ball of the 11th over as Iyer sliced the ball high in the air and was caught by Ravindra Jadeja.

Shardul Thakur finished the CSK vs KKR, IPL 2021 final with the figures of 3/38.

Two balls later, Thakur chipped in with another wicket in the last ball of the 11th over, as Nitish Rana looked to check his shot and ended up hitting the ball towards Faf du Plessis at mid-off.

With the double strike, CSK made a comeback in the match by dismissing eight KKR batters in the next 6 overs. At the end of 20 overs, KKR fell 27 runs short of their target after losing nine of their batters.

Shardul Thakur was the top performer of the CSK bowling line-up, with a total of three wickets in his quota of four overs. Star all-rounder Ravindra Jadeja and pacer Josh Hazlewood chipped in with two important wickets each as Deepak Chahar finished the match with 1/32.

Caribbean superstar Dwyane Bravo picked a wicket in the final over of the match and finished with a figure of 1/29. Despite the strong start by KKR openers, they fell short of CSK’s charismatic batting efforts in the match.

Earlier in the first innings of the IPL final, CSK opener Ruturaj Gaikwad and Faf du Plessis hit an opening partnership of 61 runs before the former was dismissed for 32 runs.

Gaikwad, meanwhile, became the highest run-scorer in IPL 2021, courtesy of his total of 635 runs off 16 matches. Faf du Plessis went on to score 86 runs off 59 balls on the night of the IPL final, and was dismissed in the final ball of the innings. Veteran batter Robin Uthappa contributed with an important knock of 31 runs off 15 balls as Moeen Ali remained not-out at the score of 37 runs in 20 balls.

In the end, this CSK vs KKR game turned out to be a great spectacle for the cricket fans all over the world.

WE RECOMMEND
CSK vs KKR IPL Final 2021 Highlights: Chennai lift 4th IPL title, win by 27 runs
CSK vs KKR: Gaikwad makes big record, scores most runs in IPL 2021; Netizens react
IPL 2021: Dinesh Karthik admits to breach of Code of Conduct; read why was he reprimanded
IPL 2021: Have IPL points table-toppers ever failed to win any Qualifier match?
Sanjay Manjrekar reckons IPL 2021 'most frustrating' as compared to other seasons
Listen to the latest songs, only on JioSaavn.com