IPL Suspension: How Will BCCI Pay All IPL 2021 Players Their Salaries? Answer Revealed

After the IPL suspension, the BCCI will be facing the economic challenge to pay the salaries of IPL players which is discussed in the article. 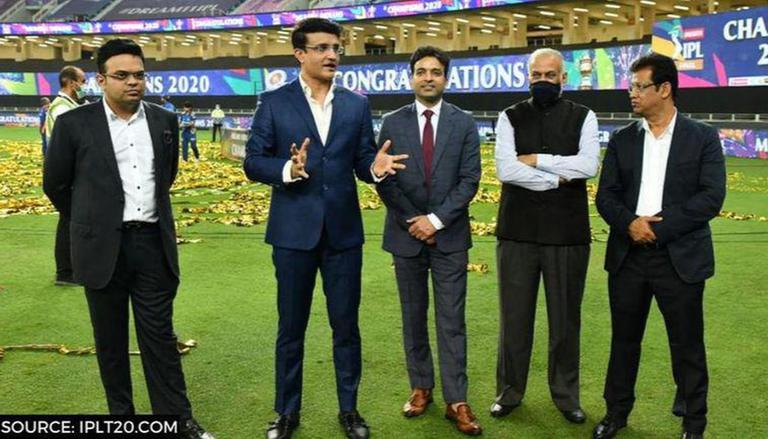 The Indian Premier League (IPL) 2021 was held during the second wave of the coronavirus which had gripped the nation. After reports of players testing positive for Covid in the bio-bubble environment started coming ahead with the KKR vs RCB match postponed, fans were already wondering, “Is IPL cancelled?”. The IPL Governing Council and the BCCI took the decision to postpone the league after the number of players testing positive kept increasing.

In the wake of all the events, the Indian Premier League Governing Council (IPL GC) and Board of Control for Cricket in India (BCCI) unanimously decided to postpone the IPL 2021 season with immediate effect on Tuesday. After the immediate suspension of the league, the BCCI will be facing challenges like arranging safe travel for all the players while ensuring their health and well being. There will also be economic challenges like the salaries of all the players and loss of advertisers and sponsors due to IPL suspension.

The IPL players will be facing a delay in their salary for months till the IPL gets concluded in a later period. According to the terms of the IPL contract, the players get their salaries in 3 equal instalments. The first instalment was paid at the beginning of the league but the remaining 2 instalments will be on hold till the conclusion of the league, probably in the month of September or more in the end of the year.

As per IPL latest news, the BCCI is planning to reschedule the remaining fixtures of the IPL 2021 in September. This will be done keeping in mind the ICC Men’s T20 World Cup in October, which is also scheduled to take place in India. UAE is most likely to be a backup venue for both the events as IPL 2020 was carried out without any trouble over there.

The BCCI would like to thank everyone involved in organising IPL 2021 even in these extremely difficult times.

A special thanks to our fans without whom this would not have been possible.

We urge everyone to stay safe and take care. 🙏🙏#VIVOIPL pic.twitter.com/4Uh1zOAIjn

Trouble started mounting when news of Sandeep Warrier and Varun Chakravarthy Covid positive report came forward and Match 30 between the KKR and RCB got postponed on Monday. Later, 3 people in the CSK team including CEO Kasi Viswanathan and bowling coach L Balaji also tested positive. As the KKR played their previous match with Delhi Capitals, the whole Delhi Capitals team had to undergo quarantine.

The decision to postpone the IPL came to light after the Wriddhiman Saha Covid report came positive along with Amit Mishra from Delhi Capitals. This caused the whole SRH team to go into quarantine. Around 57 foreign players in IPL 2021 along with the support staff face the question of safe travel back to home. For all the foreign players in the IPL 2021, the BCCI has assured that it will do everything in its power to arrange for secure and safe passage.