The IPL suspension decision has gravely hindered the growth of the online fantasy sports sector, which has grown immensely in the last few years. 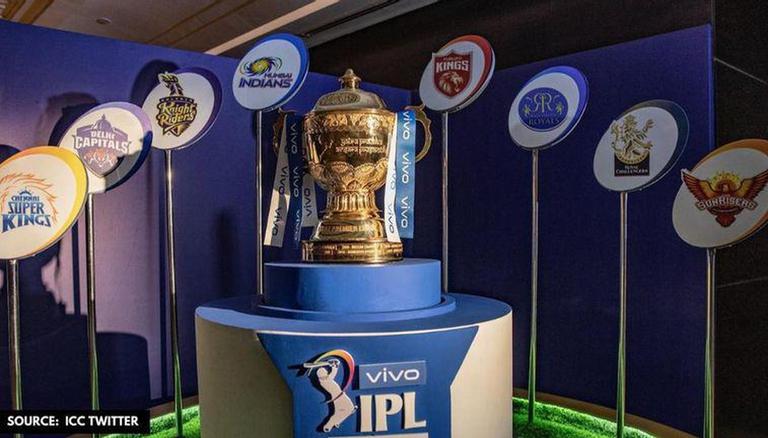 The BCCI's decision to suspend the IPL 2021 midway is going to cost them big time with the board likely to lose around INR 2500 crore of the broadcast and sponsorship money set aside for the tournament this year. The tournament was indefinitely suspended after multiple positive COVID-19 cases were reported across teams in a span of two days. However, it's not just the BCCI or the franchises that are going to take a financial hit.

The IPL suspension decision has also gravely hindered the growth of the online fantasy sports sector, which has grown immensely in the last few years. According to a FIFS-KPMG 2020 report, the fantasy sports market saw its gross revenues increase from INR 920 crore in the Fiscal Year (FY) 2019 to INR 2,400 crore in FY 2020. One of the main reasons behind the fantasy sports sector's colossal growth in India can be credited to the IPL, which is the most popular league with platforms like Dream11, Mobile Premier League (MPL), MyTeam11, among others. For a brand like MPL, it will now probably rely upon India's international matches to earn from selling the MPL India cricket jersey.

With the IPL suspension though, industry experts have reckoned that the fantasy sports sector will have a torrid time. While speaking to Moneycontrol, the CEO of Mobius, a game development company, Prashanth Joshua Mandapalli said that the suspension of IPL will send shock waves across the fantasy industry since the league is the biggest event. According to him, there could be an 80 percent dip in revenues for the fantasy space since most action happens in IPL for fantasy sports platforms.

The BCCI would like to thank everyone involved in organising IPL 2021 even in these extremely difficult times.

A special thanks to our fans without whom this would not have been possible.

We urge everyone to stay safe and take care. 🙏🙏#VIVOIPL pic.twitter.com/4Uh1zOAIjn

The CEO of All India Gaming Federation, Roland Landers stated that IPL 2021's postponement will massively affect both the top line and revenues of fantasy sports platforms. He added that the IPL is one of the most lucrative and valued sports leagues in the world and most major brands associate with it to reach their target audiences and drive engagement.

Another fantasy sports platform, My11Circle, which extensively advertised itself during IPL 2021 had launched a new campaign called the ‘₹1 to ₹1 crore’ campaign, which allowed players to enter the contest by paying a minimal fee of INR 1 and the most-skilled player would win a whopping INR 1 crore every day during the tournament. The platform was endorsed by notable cricketers like Sourav Ganguly, VVS Laxman, Ajinkya Rahane, as well as, leading Bollywood actor Ranveer Singh.

The Vice President of My11Circle, Saroj Panigrahi said that their proposition received an overwhelming response from cricket lovers. He added that from pre-IPL to IPL 2021, they saw over 500 percent growth in player engagement as people are looking for in-house entertainment during the pandemic. According to Panigrahi, the IPL 2021 suspension will surely have a short-term effect on the business as other sports will have to be relied upon as a backup plan to minimize damage due to no IPL taking place.

READ | Virat Kohli will be happier with his captaincy, says Irfan on RCB performance in IPL 2021

Trouble started mounting when Match 30 between the KKR and RCB got postponed on Monday after 2 of the KKR players, Varun Chakravarthy and Sandeep Warrier tested positive. Later, 3 people in the CSK team including CEO Kasi Viswanathan and bowling coach L. Balaji also tested positive. As the KKR played their previous match with Delhi Capitals, the whole Delhi Capitals team had to undergo quarantine.

According to the IPL latest news, the decision to postpone the IPL came to light after the SRH player Wriddhiman Saha IPL test report came positive along with Amit Mishra from Delhi Capitals. This caused the whole Sunrisers Hyderabad team to go into quarantine. Therefore, Tuesday's league clash between the 2016 winners and the title-holders Mumbai Indians got cancelled as a result of which the Indian Premier League Governing Council (IPL GC) and the Sourav Ganguly-led Board of Control for Cricket in India (BCCI) in an emergency meeting unanimously decided to postpone the IPL 2021 season with immediate effect with no other alternatives before them.