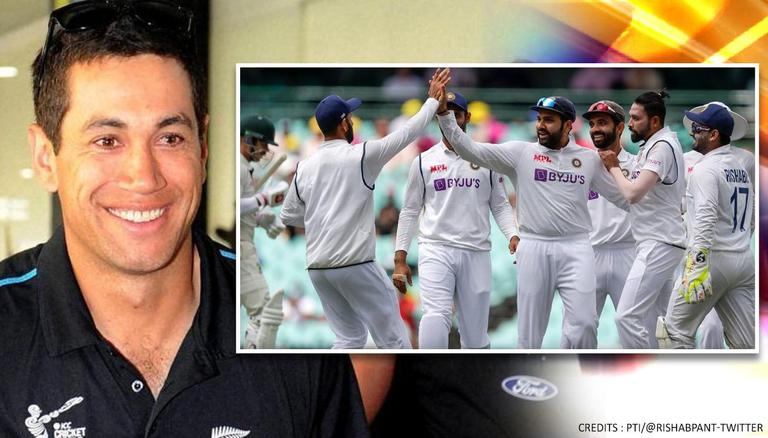 This year's Indian Premier League had to be suspended indefinitely with immediate effect on May 4 after a few players were tested positive for the deadly virus.

The top two Test sides- India  & New Zealand will battle it out in a one-off Test match for the biggest prize in red-ball cricket between June 18-22 at the Ageas Rose Bowl in Southampton.

'It has probably played into their hands a little': Ross Taylor

"For India, IPL finishing early under unfortunate circumstances has probably played into their hands a little," Taylor told reporters on Sunday.

"If IPL would have gone on they would have had a smaller preparation but now they will be a lot more conditioned, their bowlers will have their loads up," he added.

However, the two-time World Cup finalist reckons that the Kiwis will still have a slight advantage over Kohli & Co. as they are scheduled to play two Tests against England in the run-up to the WTC final.

"I would be lying if you think there isn't some sort of thought about the WTC final but I couldn't think of a better preparation than playing two Tests against England. At the end of the day, it's a neutral venue.

"Playing two Tests gives us a slight advantage but this Indian team has been number one for a long period of time and has had a lot of success over here," he added.

The  Black Caps on the other hand will be hoping to make amends by winning a major silverware for the first time in 21 years. The Kiwis had made it to the deciders of the previous two editions of the World Cup (2015 & 2019) but could not succeed in going all the way. In fact, they had agonizingly fallen short in the 2019 edition where both England and New Zealand were tied at the identical score of 241 after regulation time as the English team eventually went on to left their maiden World Cup trophy due to an infamous boundary count rule.

New Zealand had won their last ICC title way back in October 2000 by lifting the ICC Knockout Trophy that was contested in Kenya. Coincidentally, they beat a spirited Indian team led by the charismatic Sourav Ganguly in the tournament decider.

WE RECOMMEND
Wriddhiman Saha shares why IPL 2021 should have been organised in UAE instead of India
Rajasthan Royals have special offer for fans despite no IPL 2021; more details revealed
IPL suspension impact: BCCI have another MASSIVE cost to bear if IPL 2021 doesn't resume
Will IPL 2021 be completed in UAE or UK? Fans curious as BCCI's SGM and ICC meetings near
Aakash Chopra has interesting suggestion for Sourav Ganguly to consider for IPL 2022