Check out the details regarding IRE vs SA Dream11 prediction, IRE vs SA fantasy team tips, IRE vs SA dream team as Ireland takes on South Africa in 2nd T20I 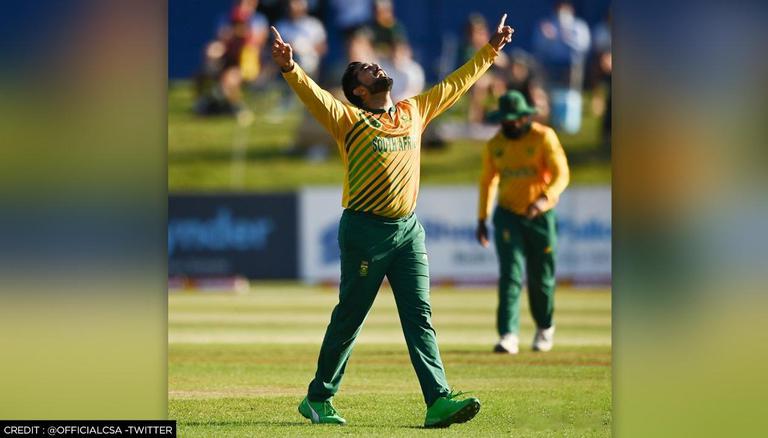 
With the Proteas 1-0 up in the three-match T20I series against Ireland, skipper Temba Bavuma-led South African team will look to seal the series against the hosts. With the IRE vs SA ODI series ending up in a draw with 1-1, South Africa will be eyeing the series win when the players will step onto the Civil Service Cricket Club in Belfast. On the other hand, Team Ireland that is well-known for defeating big cricketing teams will be eyeing to level the series. The match between both teams is scheduled to take place on July 22, Thursday, at 8:30 PM IST. Check out the details regarding IRE vs SA Dream11 prediction, IRE vs SA fantasy team tips, IRE vs SA dream team.

South Africa on Monday defeated Ireland by 33 runs in Malahide. South Africa was restricted to a sub-par 165-7 bolstered by tailender Kagiso Rabada's four boundaries in the last over, but Ireland couldn't round up a chase. At 46-5 in the eighth over, it was all but over, but in the end, Ireland dragged out its total to 132-9. The first of three T20s wasn't competitive, surprisingly so after a thrilling One-Day international series that was drawn 1-1 last week.

Paul Stirling hit the first ball of Ireland's chase delivered by George Linde for a six over deep midwicket. On the second ball, his middle stump was uprooted. Fellow opener Kevin O'Brien, back for the T20 international side, went for a first-ball duck. George Dockrell and Andy Balbirnie tried going after Lungi Ngidi, only to edge behind on scores of 2 and 22 respectively.

READ | Who are the '3 Idiots' of World Cricket? Hardik Pandya names himself & two surprise picks

The run chase was almost over for Ireland when Simi Singh, a centurion in the last ODI on Friday, was bowled for 4 by left-arm spinner Tabraiz Shamsi and Ireland was five down for 46. The last pair of Barry McCarthy and Josh Little held out South Africa by scoring T20 career-bests of 30 and 15 in an unbeaten stand of 44 runs.

However, on Thursday, Ireland will lock horns with South Africa in Belfast. The change in venue might help the hosts given the fact that they defeated South Africa for the first time in history in ODI led by skipper Andrew Balbirnie. Now, let's check out IRE vs SA Dream11 prediction, IRE vs SA fantasy team tips, IRE vs SA dream team.

For South Africa, wicketkeeper Quinton de Kock will be opening the innings and he will be expected to score some quick runs at the top. Tabraiz Shamsi is another player to watch out for as the chinaman-spinner has continued his form from the recently concluded T20 series against West Indies. Shamsi is currently the No 1 bowler in the T20 format and won the Man of the Match award for his outstanding spell.

READ | Ireland's Simi Singh scripts history, becomes first batsman to score a 100 at no.8 in ODIs

As per our IRE vs SA Dream11 prediction, South Africa will win the match.