Irfan Pathan Explains MS Dhoni's Failure With Bat In IPL, Says 'He Is Not Able To Read..'

Despite Dhoni's poor run in IPL 2021, CSK has managed to qualify for the playoffs. The Men in Yellow were the first group to enter the knockout stage. 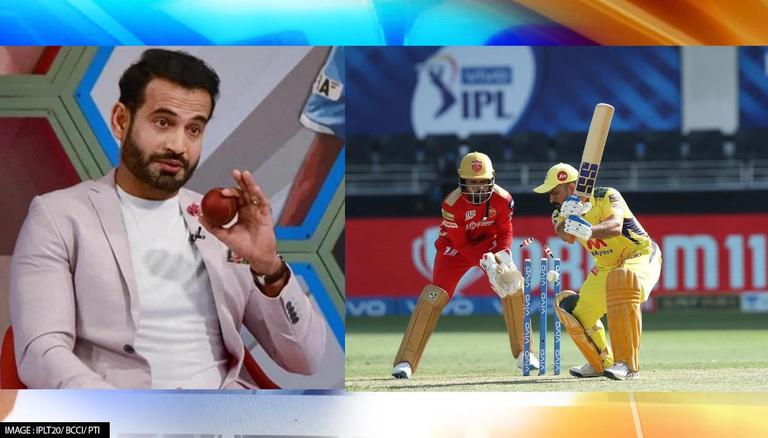 
Former Indian cricketer Irfan Pathan reckons that MS Dhoni's inability to read googly is what has led to his abysmal performance with the bat in the ongoing edition of the IPL. Pathan, while speaking on Star Sports, said Dhoni is unable to read the googly, which is "very disappointing" because it has happened repeatedly in the ongoing competition. Pathan said it is "understandable" if Dhoni is unable to read fast bowlers but, his inability to read the googly is what has got him out on multiple occasions.

In Chennai Super Kings' previous game against Punjab Kings, Dhoni was dismissed by Ravi Bishnoi, who removed his bails with a googly. Prior to that, Kolkata Knight Riders' mystery-spinner Varun Chakravarthy got Dhoni out with a googly. Pathan further highlighted that Dhoni's over-usage of his bottom hand is what has led to his dismissal with the googly. Pathan said Dhoni is not getting the opportunity to free his arms when the ball is coming to the stumps.

So far in IPL 2021, Dhoni has played 14 matches and has scored just 96 runs at an abysmal average of 13.71. This is Dhoni's worst season with the bat in terms of his individual performance in the IPL. Dhoni's previous worst performance had come in 2020, where he scored at an average of 25.00. Notably, Dhoni has won two ICC Cricket World Cups for India and three IPL titles for Chennai Super Kings. Dhoni is regarded as one of the finest captains in the game of cricket but his dipping form suggests that the Ranchi cricketer may not take the field for CSK next season.

READ | Harbhajan Singh drops hint on IPL retirement; how has he performed in last 3 seasons

Despite Dhoni's poor run in IPL 2021, CSK has managed to qualify for the playoffs. The Men in Yellow were the first group to enter the knockout stage of this year's IPL. The Kings have won 9 out of the 14 matches they have played this season and have lost 5 games. CSK, with 18 points, is currently sitting at the number two spot in the table after the competition of all their league stage matches. For CSK to be dethroned, RCB, the number three-ranked side, will need to win its final game of the league stage against Delhi Capitals by a huge margin.