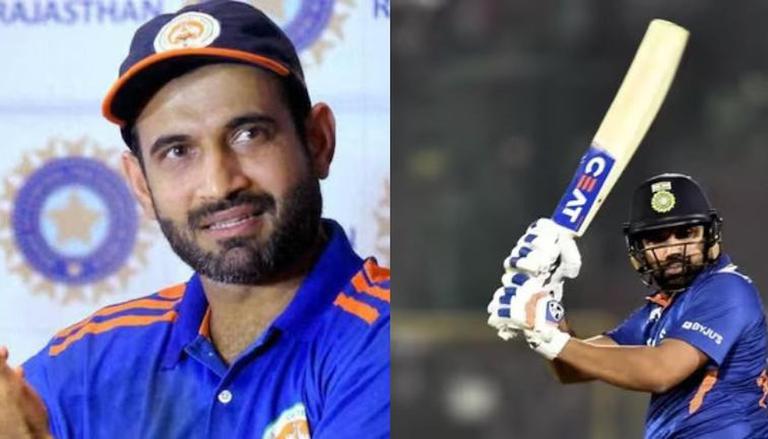 
Former Indian left arm quick Irfan Pathan has reiterated the fact that the Indian captain Rohit Sharma's lack of hundred in One Day Internationals is not a true reflection of his form and he also appreciated his much needed half century against New Zealand in the second ODI.

Team India bundled out New Zealand for a mere score of 108 after Team India asked them to bat first in Raipur in the second ODI. Rohit Sharma then guided his team to an easy victory when he hit 51 of 50 balls. Team India won the match by 8 wickets with 30 overs to spare.

Irfan feels Rohit's half century came at the right time

During a discussion on Star Sports Irfan was asked regarding his thoughts on Rohit Sharma's innings. Irfan responded, "I am repeatedly saying that you shouldn't worry too much about Rohit Sharma's form at all. This was his first half-century while chasing against New Zealand and it came at the right time."

Irfan Pathan also observed that the Indian opener was in full control during his innings. Irfan said, "He made only one mistake when the ball hit his pads, there was an lbw appeal, they wanted to take the DRS but didn't take it. But other than that, he looked in complete control, we saw amazing shots, on the up on the off side and the leg side."

Irfan also felt that going forward in time Rohit Sharma will achieve big milestones. "The conditions were not easy, they were slightly difficult. The ball was moving a little under the lights. The scoreboard pressure was not there but he had to go close to a half-century. That milestone has come and if he gets an opportunity going forward, he will make the milestone even bigger because he is batting extremely well", He said.

The former pacer also praised Rohit Sharma for respecting the conditions. "The problem is that when you are chasing a low score, you try to hit from the first ball. That was not the case. He respected the conditions and then played his favourite shots once he got set", He added.

Irfan Pathan concluded his views by saying that the sweep shot will help Rohit Sharma to score big runs against Australia in the upcoming test series next month.