In the video shared by the cricketer-turned-commentator, Irfan Pathan turns 'Baahubali' after his 4-years-old son Imran requests him to play with him 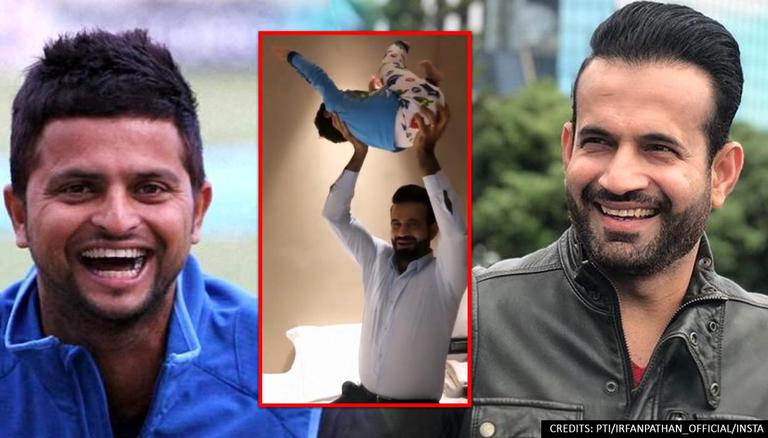 
India's former ace all-rounder Irfan Pathan remains quite active on social media. From sharing his views on cricket and other topics to giving his fans glimpses of his personal life, Pathan keeps his fans informed about his life. On Thursday, Pathan shared an adorable video of his son Imran in which the former cricketer was seen playing with his son. Irfan Pathan shared the video on his Instagram handle and wrote, "Different shades of @imrankpathan_official"

In the video shared by the cricketer-turned-commentator, Irfan Pathan turns 'Baahubali' after his 4-years-old son Imran requests him. In the other section of the video, Imran acts to sleep while snoring.

After Irfan Pathan shared the video, India's former ace cricketer Suresh Raina was among the many to express his love. Raina liked the video and commented with a heart emoji. 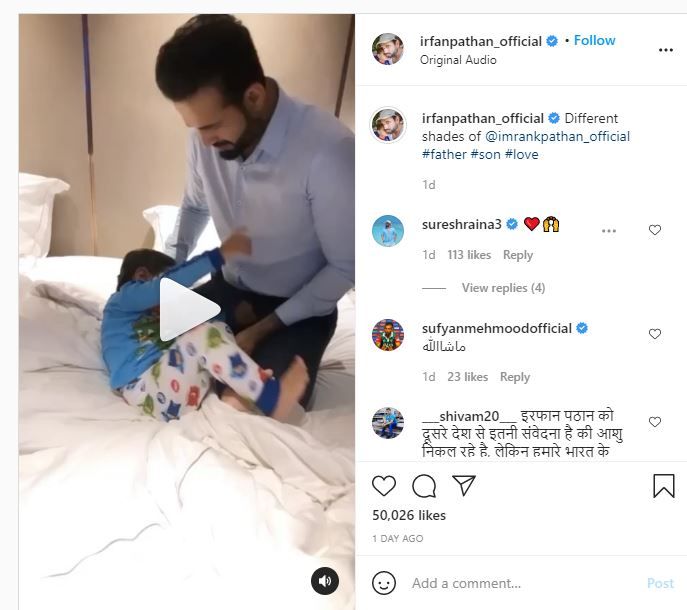 Irfan Pathan has represented India in 29 tests and took 100 wickets. He has also scored 1,105 runs in the longest format of the game, in which he has a century and five fifties. Irfan's magical spell against Pakistan has been one of the major highlights of his cricketing career. In 2006, Irfan Pathan rattled Pakistan and became the first to claim a hat-trick in the first over of a Test.

He made his Test debut against Australia in 2003 at Adelaide and picked just one wicket. He played his last Test match for India in 2008 against South Africa in Ahmadabad. In terms of ODI, Pathan made his debut in 2004 against Australia at Melbourne Cricket Ground (MCG). He played his last ODI against Sri Lanka in 2012. He played 120 ODI games and picked up 173 wickets. He was also part of the Indian team that won the inaugural edition of the ICC T20 World Cup in 2007 under MS Dhoni's leadership.

READ | Does public criticism of players by coaches motivate them? Here's what Irfan Pathan thinks