Is Rishabh Pant Out Of 3rd Test? Wriddhiman Saha's Post Is Causing Stir On Social Media

Since the conclusion of the second Test against South Africa, Rishabh Pant has received immense criticism because of the manner in which he was dismissed. 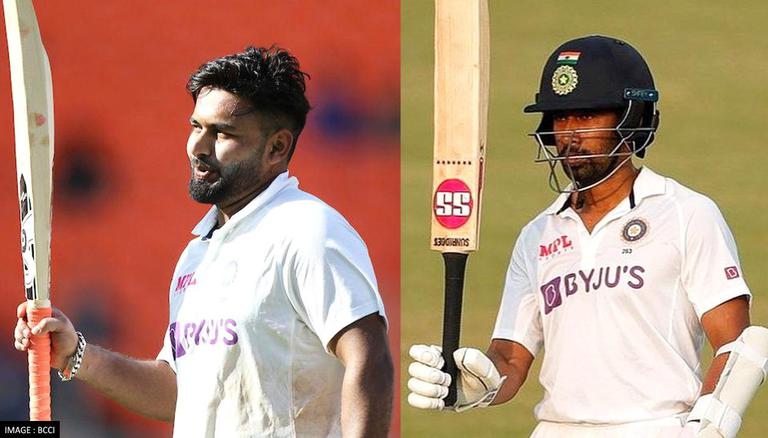 
Since the conclusion of the second Test against South Africa, Team India wicket-keeper Rishabh Pant has received immense criticism because of the manner in which he threw away his wicket in the second innings. The 24-year old attempted a careless shot, resulting in him getting out for a duck, in a situation when the team needed composure at the crease.

While Pant continues to be scrutinized and a decision has not been made yet regarding Team India's playing XI for the third and final Test in Cape Town, Wriddhiman Saha's latest post is causing a stir on social media. Netizens are now almost convinced that Saha may replace Pant in the series decider.

Taking to his official Koo account, Wriddhiman Saha put up a post where he seemingly announces himself at Cape Town. Meanwhile, in a previous post, the 37-year old can be seen working hard behind the stumps as well as the bat. While there is no confirmed news about his selection in the deciding Test, netizens certainly have not held themselves back from making predictions.

READ | Virat Kohli on his slump in batting form: 'I am compared with standards set by myself'

India vs South Africa: Will Saha replace Pant in the final Test?

As seen in the Tweets below, several netizens seem to be of the opinion that Wriddhiman Saha will replace Rishabh Pant in the third and final Test.

Why I'm felling pant is not playing last test match

Regardless of whether Pant plays in the final Test match or not, the team management will have some bold decisions to make considering what is at stake. Team India have got an outstanding opportunity to not only win their first match in Cape Town but also clinch their maiden Test series in South Africa. Previously, India have played against the Proteas in five Tests at this venue, losing in three matches and drawing the other two.

After Virat Kohli's latest press conference ahead of the final India vs South Africa Test, one change that seems imminent is that the 33-year old will make a comeback into the squad after suffering a back spasm ahead of the second match. Meanwhile, Mohammed Siraj will miss out on the final Test due to a hamstring injury.