Sodhi, who was picked by Rajasthan Royals for Rs. 50 lakh, played just six matches in the season, and scalped five wickets at an average of 27.00. 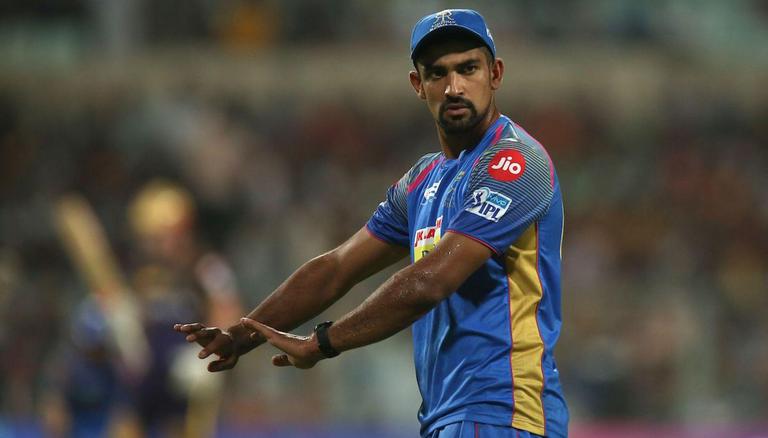 
New Zealand cricketer Ish Sodhi has revealed the reason behind his silence after taking his maiden wicket in the Indian Premier League (IPL). Sodhi, who made his IPL debut for Rajasthan Royals in 2018, picked up his first wicket in the form of his national captain Kane Williamson, who captains Sunrisers Hyderabad (SRH) in the IPL. Sodhi did not celebrate the dismissal and chose silence instead. However, the 28-year-old recently decided to shine a light on his thought process behind not opting for a celebration after the wicket.

Sodhi, while speaking on a YouTube channel The Grade Cricketer, said that he had three options after dismissing Kane Williamson in the match. The Kiwi spinner said that the options were to either sledge Williamson in Punjabi or English, or remain silent. Sodhi said he chose silence out of respect for Williamson, who has been his captain for a long time. However, the Punjab-born cricketer added that it was nice to pick Williamson's wicket given that he plays spin so well.

'He is nice and calm'

Sodhi said that Williamson is very good at playing spin and it was really nice to get him out in the match. Sodhi further praised the leadership style of Williamson, calling him "nice" and "calm", who leads the side with composure. Sodhi said, "It is really fair to say that he leads by example. He comes across as quite calm and composed and that’s the way that he leads as well".

Despite Williamson's wicket, Rajasthan Royals failed to register a win against SRH and lost the match by 11 runs. Williamson had scored 63 off 43 balls before being dismissed by a fellow Black Caps teammate. Sodhi, who was picked by Rajasthan Royals for Rs. 50 lakh, played just six matches in the season, and scalped five wickets at an average of 27.00. He further played two matches in the 2019 edition, where he picked four wickets at an average of 16.75. Sodhi went unsold in IPL 2020 auction and has not played in the tournament ever since. However, he returned as a spin consultant for Rajasthan Royals in IPL 2020.