Ishan Kishan Gets Rid Of Sri Lanka Batsman After 'informing Him'; Fans Hail His Confidence

Carrying his confidence from the first ODI, Ishan Kishan yet again announced before actually doing something on the field when ran-out Lakshan Sandakan 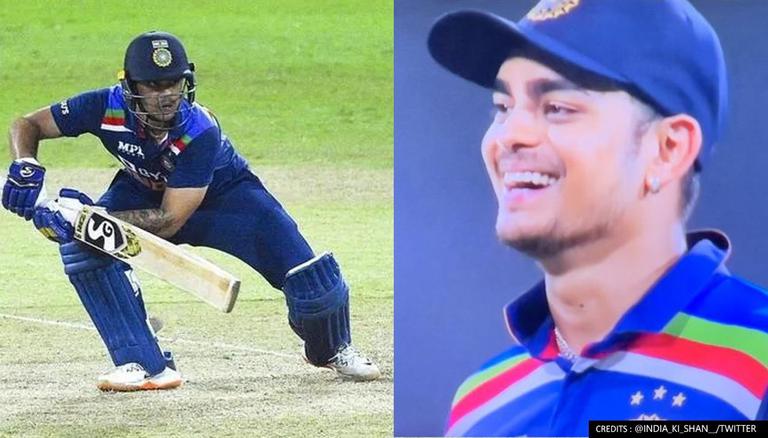 
As Sri Lanka has set up a competitive target of 276 in the second ODI courtesy of Avishka Fernando (50 off 71) and Charith Asalanka (65 off 68), wicket-keeper Ishan Kishan yet again flaunted his unwavering confidence in Colombo. Carrying his confidence from the first ODI, Ishan Kishan yet again announced before actually doing something on the field. After the first ODI, Ishan Kishan revealed that he had informed the dressing room of his plans to open his account with a six and went on to do exactly that.

The incident took place on the second ball of the 49th over when tailender Lakshan Sandakan was on strike and Chamika Karunaratne on the non-striker's end. Sandakan tried to hit the ball hard, however, he missed the ball, and then the ball went straight to Ishan Kishan. In a bid to give the strike to well-set Karunaratne, Sandakan tried to steal the run, however, Kishan was anticipating it and came running from his keeping end and threw the ball straight to the stumps.

As soon as Ishan Kishan run-out Sandakan, he was caught on camera saying that he had already announced the latter's dismissal- 'Isko bol ke out kia'. Commentator Sanjay Manjrekar hailed the youngster's confidence on hearing his remark and said he was doing everything by announcing it well before.

Looks like Ishan Kishan already told Lakshan Sandakan that he will run out if he will try to give Karunaratne the strike.

Ishan Kishan started his T20I career with a boundary, however against Sri Lanka he hit the first ball of his ODI career for a six-over long-off. He became the first-ever Indian batsman to do so on his ODI debut. During the conversation with Yuzvendra Chahal, the Jharkhand cricketer revealed about telling everyone back in the dressing-room that no matter where the ball is, he is going for it and that is exactly what he did.

Speaking about his feeling after receiving his first cap, he said, "I am feeling proud that i am getting a chance to play for the country. I was cherishing the moment when i received my cap since i knew that my firends in the team wanted me to debut for India so i was feeling very supportive. After receiving the cap when all players came to congratulate me it was a very special feeling"

WE RECOMMEND
Ishan Kishan reveals secret behind his first ball SIX and more as 'Chahal TV' returns
India vs Sri Lanka 2nd ODI Live Streaming: Where to Watch IND vs SL in India, USA, Canada
BRICS approve India's proposals at Contact Group on Economic and Trade Issues held in July
At $608.99 billion, India emerges as 5th largest forex reserves holder in the world
CSXI vs IND Other Test Live Stream: When & Where to Watch County Select XI vs India Online