Indian speedster Ishant Sharma, who has represented the country in 101 Tests, will be raring to get featured in the India vs New Zealand WTC Final. 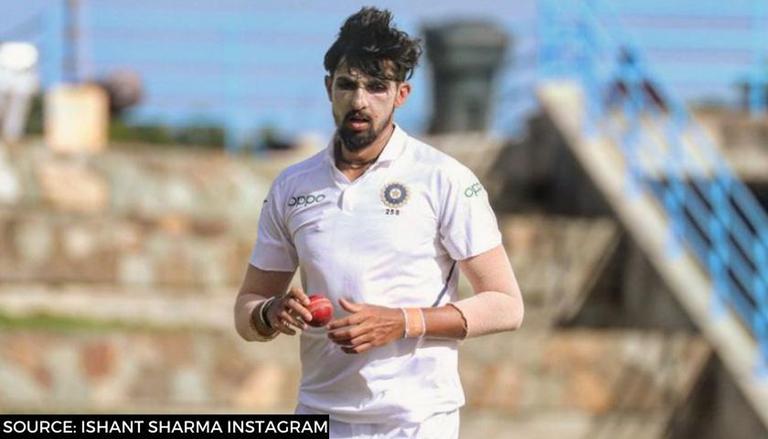 The use of saliva has been banned in cricket since the COVID-19 outbreak. The International Cricket Council (ICC) took the decision last year in order to stop the ungodly virus from spreading further. The ban on the usage of saliva to swing the ball is still not lifted and players featuring in the India vs New Zealand WTC Final will have to keep adhering to the rule.

While saliva helps pacers in extracting swing when the ball gets old, Indian pacer Ishant Sharma has reckoned that the non-usage of it is not going to affect the WTC Final 2021. While speaking on Star Sports' show 'Cricket Connected', Ishant said that it is not that difficult to swing the ball without using saliva. According to the experienced speedster, the ball will swing even without saliva, however, he added that a player will have to take responsibility to maintain the ball.

Ishant opined if the ball is maintained well in English conditions, then it becomes easier for the bowlers to take wickets in those conditions. The Delhi-based cricketer then opened up on acclimatizing to the conditions in England and adjusting the line and length of the balls as per the pitches in the country. Interesting, the comment comes in similar lines as the one made by Mohammed Shami a couple of months ago on the saliva ban, claiming that it will not affect pacers swinging the ball as much as there are other ways to do so skillfully.

Ishant stated that one needs to train differently and adapt to the change. He reiterated that in India, one gets the reverse swing after some time, but in England, the length is fuller because of the swing, which is why bowlers have to adjust to the lengths. However, he acknowledged that it is not easy to force that and added that the weather in England is cooler so it takes time to acclimatize to the conditions.

Ishant further said that the quarantine makes it difficult because one cannot go to the ground. Reflecting upon how after IPL they were not allowed to go to the grounds and train, Ishant reiterated that the way you train in the gym and the training on the ground are very different so you have to adjust to that and it takes time.

Meanwhile, Ishant who has played 101 Tests for India, will be raring to go in the India vs New Zealand WTC Final. He is India's second-leading wicket-taker in the WTC with 36 wickets to his name in 11 games. India's leading-wicket taker in WTC is R Ashwin with 67 scalps in 13 matches.

The India vs New Zealand WTC Final will be played from June 18-22 at the Ageas Bowl in Southampton. A Reserve Day (June 23) has been set to ensure five full days of play. The Reserve Day will only be used if lost playing time cannot be recovered through the normal provisions of making up lost time each day. Notably, there will be no additional day’s play if a positive result is not achieved after five full days of play and the match will be declared a draw in such a scenario

The winner of the high-voltage India vs New Zealand game will be crowned maiden World Test Championship winners. Notably, under Virat Kohli's captaincy, Team India haven't managed to win a single ICC event. The Men in Blue have a golden opportunity to put an end to their ICC trophy drought by beating the Kane Williamson-led side.