After sustaining an injury in the WTC Final 2021, Ishant Sharma has provided an injury update for the fans ahead of India vs England 2021 Test series. 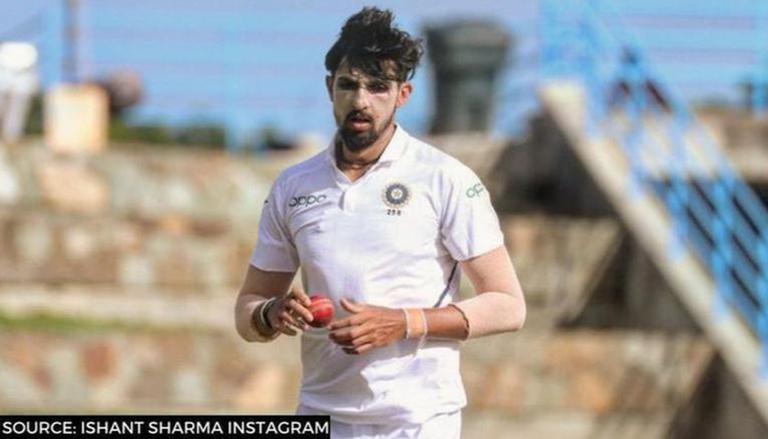 
After concluding the World Test Championship Final against New Zealand, the Indian team will embark on a 5-match Test series against England starting in the month of August. Fans were concerned about the availability of Ishant Sharma for the upcoming Test series as the Indian fast bowler had sustained an injury during the 2nd innings of the New Zealand team in the WTC Final. However, Ishant Sharma has provided an injury update for the fans ahead of the India vs England 2021 Test series.

Ishant Sharma gives an injury update for the fans

Ishant Sharma posted a video on his Instagram account where the Indian fast bowler attended his training session while recovering from his injury. Sharma was doing a leg exercise in the video where he used the leg press machine in the gym. The injury to his right finger was visible in the video as he was doing his training exercise. Ishant Sharma wrote through his caption that there were no excuses to miss a day at training.

The injury happened during the second innings of the New Zealand team in the WTC Final. The Indian fast bowler sustained an injury to the fingers on his right hand when he managed to save a boundary from a shot played by Ross Taylor. While speaking to PTI, a BCCI official said that Ishant Sharma had multiple stitches on the middle and fourth finger in his right hand. The official further added that the Ishant Sharma injury was not very serious and the stitches would be off in around 10 days and with six weeks left for the first Test against England, he is expected to recover in time.

During the WTC Final, Ishant Sharma became the only fourth Indian bowler to register 200 wickets in Test cricket in the overseas circuit for team India. The Ishant Sharma stats have seen him play 102 Test matches while taking 302 wickets with an economy of 3.16. The Indian fast bowler has registered 11 5-wicket hauls in Test cricket.

After the WTC Final, Virat Kohli and co. will face England in a 5-match Test series where India vs England 2021 schedule will start from August 4. The England team would be looking forward to making a comeback in the upcoming India vs England 2021 Test series with the 1st Test at Trent Bridge (4-8 Aug), 2nd Test at Lord’s (12-16 Aug), 3rd Test at Headingley (25-29 August), 4th Test at The Oval (2-6 Sep) and the 5th Test at the Old Trafford Cricket Ground (10-14 Sep). The England team lost its recent Test series against New Zealand by 1-0 whereas the Indian team faced defeat against New Zealand in the World Test Championship Final.

WE RECOMMEND
Ishant Sharma has interesting comment on saliva ban ahead of WTC Final in England
Ishant Sharma names his 'Mango Partner' in the Indian team and it is NOT Virat Kohli
What happened to Ishant Sharma? Indian pacer has more bad news after WTC Final
Ishant Sharma recalls talks with MS Dhoni during 'game-changing' over of Champions Trophy
WTC Final: Ishant Sharma broke THIS Kapil Dev's record after dismissing NZ's Devon Conwoy