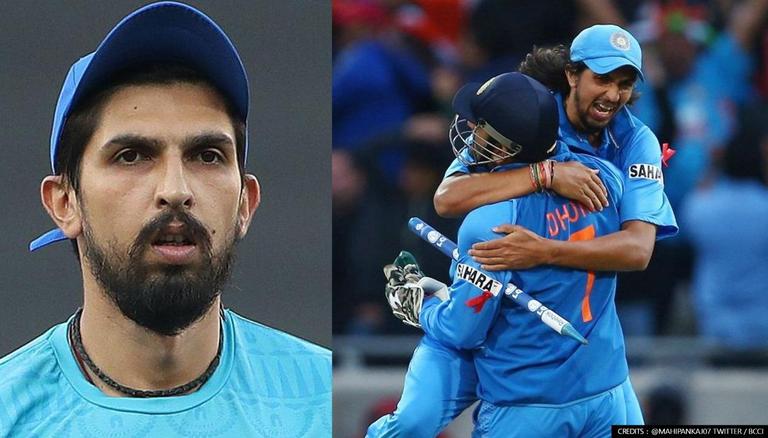 
Although MS Dhoni has retired from international cricket, people around the world still recall his match-turning decisions on various occasions. One such match-turning decision was when MS Dhoni gave the 18th over of the famous 2013 Champions Trophy to Ishant Sharma when captain Eoin Morgan and Ravi Bopara were doing counter-attack. Now, Team India's speedster Ishant Sharma in a video shared by the ICC recalled the talks between him MS Dhoni and Ravichandran when he was bowling the famous 18th over. Notably, the 18th over by Ishant Sharma in the 2013 Champions Trophy Final has become one of the most-watched videos of the ICC.

When Ishant was given the 18th over of the match, the commentators were surprised as Morgan and Bopara had already stitched a 50 runs partnership, and the pacer had gone for runs in his previous overs. Before the 18th over started, there were lots of conversations between Ishant Sharma, Ravichandran Aswin and MS Dhoni were going on.

Recalling the famous 18th over Ishant Sharma said, "Ash (Ravichandran Ashwin) came to me just before the over and asked me that the wind is going to the other side so it's easy for you to make hit on the offside and for the right-hander it's your best chance to get him out. But the first ball he (Morgan) hit for a six because I bowled a length ball then Mahi (MS Dhoni) Bhai told me to bowl wide yorkers."

"I tried that but I bowled two wide balls. He (MS Dhoni) asked me again to come over the stumps and try bowl wide yorkers. I asked him to let me try to bowl a slower ball then something might happen. And then I got Eoin Morgan out. He asked me what you wanna bowl so I told him I am not going to bowl anything quick because the wicket is slow and it's not easy for any batsman to hit me over the square leg. So, I had my square leg and long on up but deep mid-wicket back as it's easy for batsmen to pick the length ball and hit me over deep mid-wicket. I asked him to change the field. I bowled a slower ball and then Ravi Bopara got out. So that's how the game suddenly changed."

MS Dhoni achieved the feat of winning all three ICC tournaments as a captain when India beat England in the 2013 ICC Champions Trophy final. Ishant Sharma's consecutive wicket of Eoin Morgan and Ravi Bopara changed the course of the match and Team India went on to win the 2013 Champions Trophy Final by 5 runs.