'It Was A Hard Decision': RR's Jofra Archer Hopeful Of Playing In Rescheduled IPL 2021

During the India-England series, Jofra Archer went back home in the middle of the series after his elbow injury resurfaced and also suffered a cut on his hand 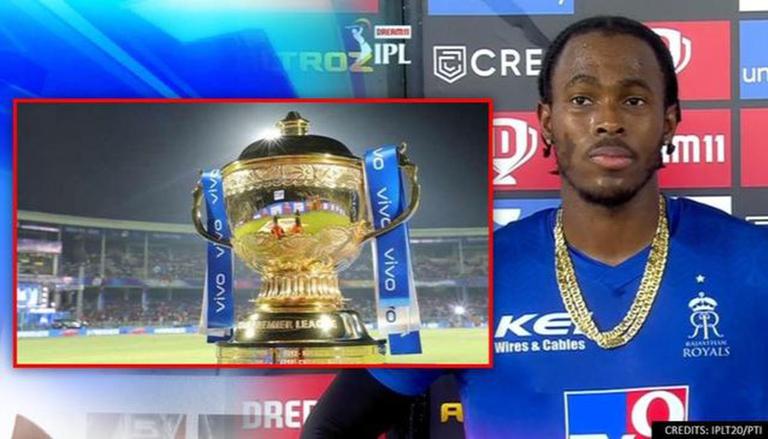 
Rajasthan Royal's premier pacer Jofra Archer has expressed his interest to play in the rescheduled IPL 2021. The English fast bowler had pulled out his name from the IPL 2021 after he suffered multiple injuries. During the England Tour of India, Jofra Archer went back to his home in the middle of the series after his elbow injury resurfaced and also suffered a cut on his hand. Now, Archer has talked about pulling out his name and his possibility to play in the IPL 2021 if it gets rescheduled.

Sussex Cricket posted the interview of the 26-year-old fast bowler who said, "It's terrible in India at the moment and to be honest if I did go to India I probably would have been home early anyway but I think that's how it's gone. Hopefully, if it (IPL) does get rescheduled for this year, I will be able to go again. It was a hard decision not to go to India, it was really unpredictable, I could have gone but I don’t know how many games would I have played."

"Rajasthan Royals and England supported me in my decision. You obviously build a good relationship as I have been with the Royals for the last three years. Stokes too suffered a bit, I think going over his hand and I don't even know if he gisoing to be ready for these Tests against New Zealand," added Archer.

However, his team-mate Ben Stokes had recently ruled out  playing in the rescheduled IPL 2021. England's ace all-rounder Ben Stokes who plays for Rajasthan Royals in the Indian Premier League has hinted that he might miss the IPL 2021 if it is rescheduled. Ben Stokes in interaction with Daily Mirror also expressed his disappointment in leaving IPL 2021 earlier than expected following the injury that took place in the opening match of Rajasthan Royals. "We don’t know if or when the tournament will be rearranged, but as the ECB have said it could be difficult for the England boys to have a free gap," said Ben Stokes.

Notably, former England cricketer Kevin Pietersen asked English players to unite against their board and play in the Indian Premier League (IPL) if the cash-rich tournament resumes in the coming months. The tweet comes amid speculations that England players will not be allowed to take part in the rearranged IPL because of their "extremely busy" schedule.

ECB to give preference to its fixtures before the rescheduled IPL

England and Wales Cricket Board (ECB) is expecting its players to participate fully with the national side in their upcoming matches. Recently, England’s managing director of men’s cricket, Ashley Giles faced the question of whether England players will be picked for the upcoming Bangladesh and Pakistan tour which might clash with the rescheduled IPL 2021. Giles answered by saying that they have got a full Future Tours Programme and if those tours are organized as per schedule, then he would be expecting all the English players to be present.

WE RECOMMEND
IPL 2021: BCCI, Cricket Australia set to confront each other if IPL is hosted post T20 WC
Jofra Archer stumps fans by indirectly taking a dig at IPL amid COVID-19 crisis
Jofra Archer injury update: RR pacer bats on cricket return in England, delights fans
IPL 2021: How much has teams' donation been for COVID-19 so far? Amount surprises fans
IPL 2021: Which team has most number of followers on Facebook? Answer surprises fans