'It Was My Mistake': Ian Bell Speaks On His 2011 Controversial Run-out Involving MS Dhoni

In 2011, MS Dhoni and Ian Bell were involved in a controversial run-out of cricket during the second Test of the four-match series between India and England 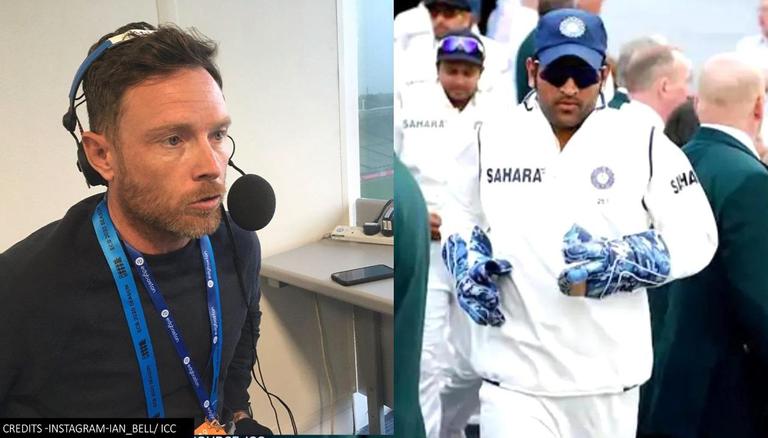 
England's former batsman Ian Bell recently spoke on the infamous run-out which took place in Nottingham in 2011. Ian Bell was given a run-out by the umpire when he was batting on 137. However, the run-out was controversial as Bell had thought that the ball reached the boundary and therefore he started to go back to the pavilion for the Tea. Now, in an interactive session at The Grade Cricketer’s YouTube channel, Bell accepted his mistake and said that he should have never done that.

"I must have been hungry or something because I literally belted for the pavilion when I thought it was four. But yes it's interesting that different people see different things. But yeah, they obviously got Dhoni a ‘Spirit of the Game’ award for the decade or something like that. But yeah [it was] a mistake on my behalf, should never do that,” Ian Bell told The Grade Cricketer’s YouTube channel.

MS Dhoni and Ian Bell were involved in one of the most controversial run-out of cricket during the second Test of the four-match series between India and England in Nottingham in 2011. However, it was MS Dhoni's gesture that won the hearts of every cricket lover. On the third day just before Tea, Ian Bell was playing at 137, when his partner Eoin Morgan hit the ball towards the leg-side. Both Bell and Morgan believed that the ball reached the boundary, however, Praveen Kumar had saved it from touching the ropes and then he threw the ball to Abhivan Mukund who swiftly dislodged the stumps, and therefore Bell was given out.

However, Bell did not like this decision and he expressed his anger at the field. He even argued with the umpires while he was heading to the pavilion.

MS Dhoni Wins 'Spirit Of Cricket Award Of The Decade'

With his retirement in August 2020, MS Dhoni left a long-lasting cricketing legacy behind him. In that time, not only has the former Indian skipper won accolades for his playing and keeping skills, but also for the spirit in which he played the game. Dhoni's gesture of recalling Ian Bell after a runout at Nottingham in 2011, was chosen for the "ICC Spirit of Cricket Award of the Decade" at the ICC Awards 2020.