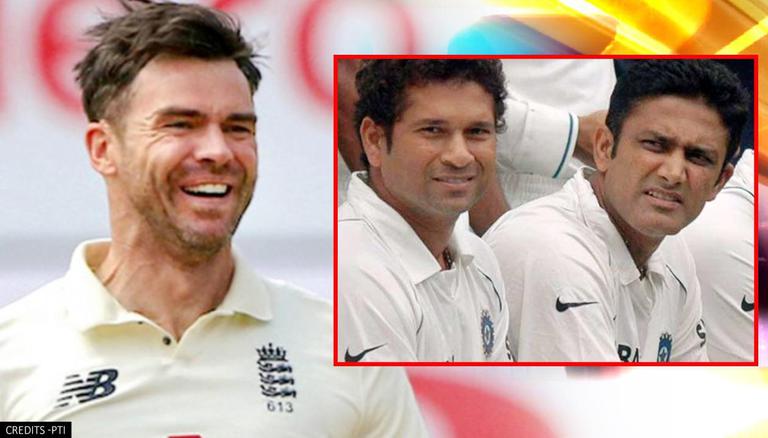 England is all set to play two match Test series against New Zealand at Lord's and Edgbaston over the next two weeks starting from June 2. While most of the IPL bound players have been rested for the England vs New Zealand Test Series, experienced players like James Anderson and Stuart Broad are in the fray from whom English cricket fans will be expecting to deliver on the big stage once again especially when Jofra Archer is going through his injury. Following the New Zealand series, England will lock horns with Team India in the 5 match Test series.

James Anderson who is considered to be one of the greatest fast bowlers of all time in the world will be eyeing to break Sachin Tendulkar's world record of playing the most number of Test matches on home soil. James Anderson has played 89 Test matches at home and after playing two Tests against New Zealand and a five-match Test series against India, this number will reach 96. In this way, he will break the record of Sachin Tendulkar who has played 94 Test matches on home soil.

Apart from Sachin Tendulkar, James Anderson will also be eyeing to break Anil Kumble's record. The 39-year-old speedster can become the second bowler in the world to take 400 Test wickets at home during this period. He is 16 wickets away from it. Anderson has so far taken 384 wickets in 89 Test matches. Sri Lankan Muttiah Muralitharan has taken 493 wickets in 79 matches. At the same time, Anil Kumble has taken 350 wickets in 63 matches and Stuart Broad has taken 334 wickets in 82 matches at home. Notably, If Anderson takes 6 wickets in the upcoming Test matches, he will overtake Kumble. Kumble has total of 619 wickets in Tests while the English fast bowler has taken 614 wickets till now.

James Anderson has played 160 Test matches since his debut in 2002 against Zimbabwe. As of May 2021, Anderson is the 4th-ranked Test bowler in the world and the only English player to feature in the top-5 of ICC Test bowling rankings. Anderson averages 26.46 in Test cricket. The English pacer has also played 194 ODI matches for his country and has taken 269 wickets at an average of 29.22. Last year, Anderson became the first fast bowler in the world to reach 600 wickets in Test cricket.