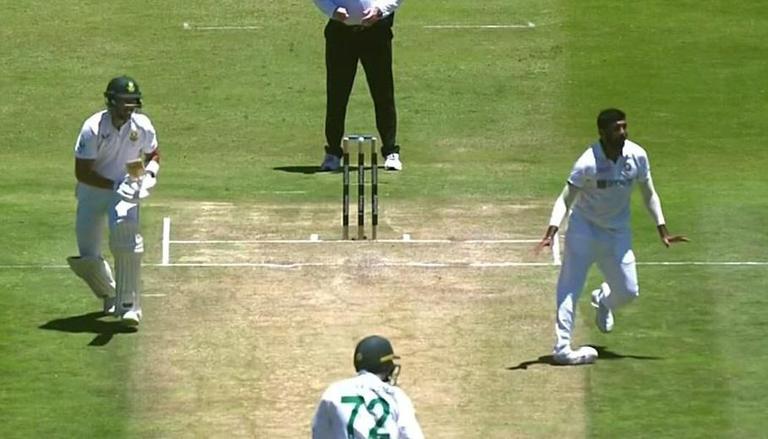 
Indian speedster Jasprit Bumrah was escorted out of the field by Team India physio Nitin Patel on Day 3 of the ongoing first Test match of the three-Test series against South Africa in Centurion, after twisting his ankle during his follow-through after bowling. Bumrah started proceedings for India in styles by dismissing Proteas skipper Dean Elgar in the very first over of South Africa’s first batting innings. Bowling the eleventh over of the innings, Bumrah delivered four beautiful deliveries to Rassie van der Dussen, before collapsing in his followthrough after bowling the fifth ball.

Replayed showed that Bumrah twisted his ankle severely in his follow-through which leads him to walk out of the field. Meanwhile, the Board of Control for Cricket in India(BCCI) informed the fans about the injury and said he had suffered a right ankle sprain. On witnessing Bumrah’s twisted ankle during the live telecast by Star Sports, Indian cricket fans took Twitter by storm while expressing their views on Bumrah’s injury and hoping that the pacer is fine.

How did the fans react to Jasprit Bumrah's injury?

he is champ,he will be right back there soon🤞🏼🌟

Hopefully after some rest Bumrah should be back on the park

Painful at that moment but he will be fine, this happened to me many times

Meanwhile, Shreyas Iyer replaced Bumrah as the substitute fielder in the field as Mohammad Shami removed Aiden Markram to pick his second wicket in four overs. Meanwhile, Mohammed Siraj dismissed van der Dussen in the 13th over, as the Proteas batting line-up found themselves at 32/4 after 13 overs in the second innings of the match. South Africa reached the total of 67/4 on the scoreboard after 25 overs with Temba Bavuma and Quinton de Kock batting out in the middle. Both batters had added 39 runs for the fifth wicket partnership having faced 78 balls together.