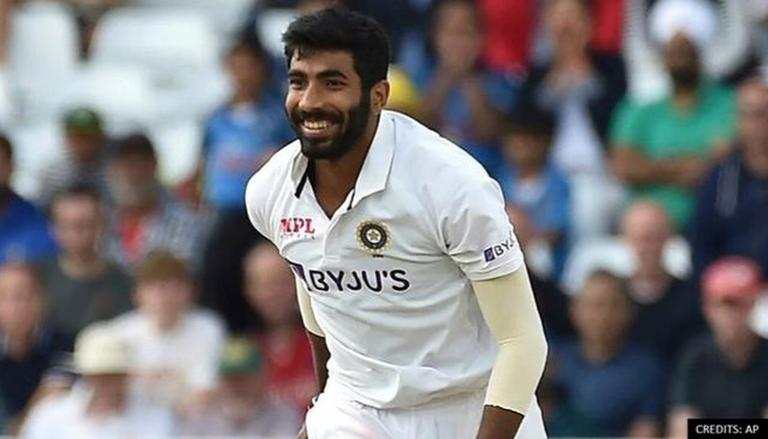 
India fast bowler Jasprit Bumrah has moved one place up to ninth in the ICC Test bowling rankings. The speedster has been in fine form in the ongoing Test series against England. He is currently India’s leading wicket-taker in the series, having picked up 18 scalps from four matches with the best figures of 5/64 at the Trent Bridge in Nottingham.

Bumrah is also the second-highest wicket-taker in the series below Ollie Robinson, who has 21 wickets including two five-wicket hauls. He also garnered praises for his batting in the second Test at the Lord’s where India won by 151 runs to take a 1-0 lead in the series.

Recently, he was also nominated as one of the three players for the ICC ‘player of the Month’ award for August 2021. England Test skipper Joe Root and Pakistan left-arm fast bowler Shaheen Shah Afridi were the other two players to be nominated.

In the ICC rankings, Ravi Ashwin has stayed at the second spot below Australia’s Pat Cummins despite not playing a single Test in the ongoing series. Ashwin also happened to be the leading wicket-taker in the inaugural World Test Championship that ended in June. Shardul Thakur has gained 59 places to the 79th position in the ICC Test rankings for batters.

READ | IPL 2021: Top youngsters who could make an impact in second leg of Indian Premier League

Thakur scored a sparkling half-century in India’s first innings of the fourth Test at the Kennington Oval in London. Thakur also picked up four wickets in the match due to which he gained seven places up to 49th in the ICC rankings for Test bowlers.

READ | IPL 2021: Suresh Raina reveals he would play for THIS team if not Chennai Super Kings

The top 10 of the ICC rankings for batters hasn’t witnessed a change with Root leading the charts with 903 rating points. Rohit Sharma and Virat Kohli are placed fifth and sixth respectively. However, Rohit’s maiden overseas Test ton helped him take the lead on Virat by 30 points in the rankings.

In the ICC rankings for all-rounders, Ashwin has dropped one place down to fifth. Ravindra Jadeja, who has played all four Tests remained at third with West Indies’ Jason Holder at the top of the rankings.

WE RECOMMEND
Jasprit Bumrah reveals conversation with Virat Kohli ahead of his 100th Test wicket
Jasprit Bumrah spills beans on how he was signed for Mumbai Indians as a 19-year-old pacer
Jasprit Bumrah, Umesh Yadav 1 wicket away from achieving THESE 2 massive Test milestones
Jasprit Bumrah's 10 delivery over to James Anderson on Day 3 receives hilarious reactions
Dale Steyn, de Villiers banter over batsmen vs bowler on Twitter, Bumrah gets praised