Ahead of the India vs New Zealand Test match, former New Zealand cricketer, Richard Hadlee has expressed his views on the Indian fast bowler Jasprit Bumrah. 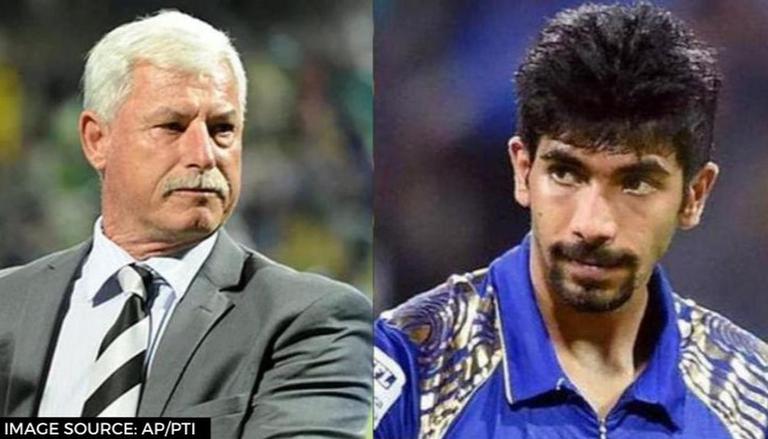 India is all set to go against New Zealand in the inaugural World Test Championship Final from June 18 at the Ageas Bowl in Southampton. The India squad for WTC Final is currently in Mumbai where they are spending their mandatory quarantine period before flying out to England. Ahead of the India vs New Zealand Test match, former New Zealand cricketer, Richard Hadlee has expressed his views on the Indian fast bowler Jasprit Bumrah.

While answering various questions related to the World Test Championship Final, Richard Hadlee expressed his views on Bumrah through an official ICC media release. While speaking on Jasprit Bumrah’s sustainability in cricket due to his unorthodox bowling action, Hadlee said that the fast bowler’s longevity in the game is yet to be determined. He further suspected that Bumrah could be more vulnerable to injury problems compared to other fast bowlers with more classical actions.

Richard Hadlee questioned the longevity of the Indian fast bowler as he feels that Bumrah’s potential injuries could be severe because of the stresses and strains he places on his body. He later praised Bumrah’s dominance on the field while hoping that the unorthodox bowler stays away from any injuries that may become career-ending. He also analyzed Bumrah’s bowling action saying that he has no run-up to the crease virtually and his technique in some ways defies belief but has proved to be a highly effective one.

Who will lead their side to victory? 🤔#WTC21 pic.twitter.com/ANs71yjJog

Hadlee preferred to call him a shoulder or strength bowler with all his power and pace coming from the final part of his action as he releases the ball. According to Hadlee, a coach would refrain from teaching Bumrah’s technique as biomechanically it could cause problems with injury. Richard Hadlee is considered one of the greatest all-rounders of cricket and his views about Bumrah echo Michael Holding's. The former WI pacer also predicted back on commentary during an India vs England Test match in 2018 that the Indian could find it difficult to sustain in international cricket for long if he continued with this action.

The WTC Final 2021 will see India go against New Zealand from June 18-22 where both teams will battle for the first World Test Championship title at the Ageas Bowl in Southampton. After concluding India vs New Zealand WTC Final, the India squad for WTC Final will face England in the India vs England Test Series that will consist of 5 Test matches starting from August 4 at Trent Bridge.