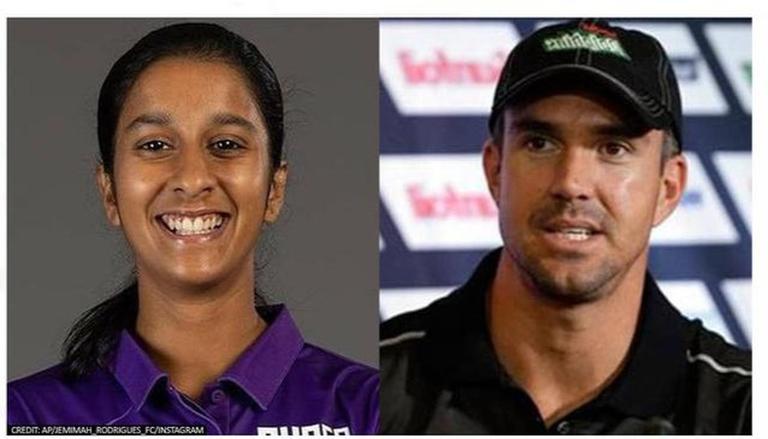 
Young batting sensation of the Indian women's cricket team Jemimah Rodrigues has opened up on her 'Fan girl' moment by giving special mention to former England skipper Kevin Pietersen recently. Currently, Jemimah Rodrigues is one of the players who is taking part in the inaugural edition of The Hundred.

It so happened that after Jemimah Rodrigues had scored a quickfire 43-ball 92 on Saturday, 'KP'  took to the micro-blogging site and wrote that the Indian women's batting sensation is now his 'favourite' player.

Once this came to Jemimah's notice, she came forward and mentioned that she has no clue what to say after which the 20-year-old termed the same as a 'Fan girl' moment for her. Rodrigues then acknowledged the 2010 T20 World Cup winner by saying that his compliment means a 'lot' to her.

I don’t know what to say😅
Fan girl moment for me 🥰
This means a lot coming from you KP, thank you 😊 https://t.co/PnPWsEzjk4

The Hundred: Jemimah Rodrigues lights up the tournament straight away

Coming back to the contest between the Northern Superchargers and Welsh Fire at Leeds on Saturday, it was Superchargers' Jemimah Rodrigues who came up with a match-winning knock that also earned her the Man of the Match award.

The coin landed in the favor of the Northern Superchargers skipper Lauren Winfield-Hill and she decided to chase. Welsh fire posted a challenging total of 131/4 from their allotted 100 deliveries as Hayley Matthew top-scored with a 20-ball 30.

In reply, the Superchargers chased down the target in style and that too without breaking a sweat riding on Jemimah Rodrigues' whirlwind knock of a 43-ball unbeaten 92 at a strike rate of nearly 214 that included 17 boundaries and a solitary six. She narrowly missed out on a well-deserved century but, her innings was impactful in taking her team past the finish line off 85 deliveries.