England captain Joe Root recently responded to Alastair Cook's remarks regarding the inability of their batters to cope with the intensity of Test cricket. 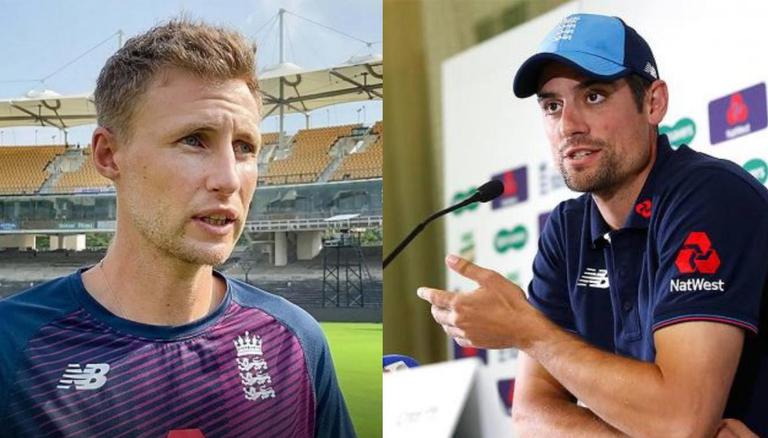 The England cricket team has come under the scanner following their Test series loss to New Zealand. Several cricket pundits had been critical of the approach of the English batsmen on the ultimate day of the opening Test against the Kiwis. Moreover, more concerns have been raised regarding the potency of their batsmen after their underwhelming performance in the following fixture as well. Former England captain Alastair Cook was the latest one to slam almost the team's batters for their ordinary show at the Edgbaston, Birmingham.

England did not have an ideal start to their home summer campaign as they came second in their contest against New Zealand in the longer format. Alastair Cook was seemingly unimpressed with the side's batsmen after they were bundled out for a paltry score of 122 in their second innings of the England vs New Zealand 2nd Test. Cook, who also is the country's leading run-scorer in Test matches, had reckoned in an interaction with BBC Radio’s Test Match Special that the England batters tend to crumble under pressure.

The left-hander opined that while the batsmen have 'quirky' techniques along with an impressive tally of runs in county cricket, they lag behind when it comes to handling mental pressure. The ex-England captain also added that the crop of batsmen cannot handle the intensity of Test match cricket. Cook's successor Joe Root recently countered the remarks by backing his team fellow team members.

After losing the England vs New Zealand 2nd Test, Joe Root hinted that it is not the right time to start panicking, considering all the hard work that the team has put in in recent times. However, the right-hander admitted that England were outplayed, especially in batting. Apart from Rory Burns and Dan Lawrence, no other batsman was able to make a significant contribution at Edgbaston. The English side have a number of high-profile Test matches coming up including a five-match Test series against India and the upcoming Ashes series, and hence they will be keen to stage a turnaround sooner than later.

It is worth mentioning that England took the field without the likes of Ben Stokes, Jofra Archer, Jos Buttler, Jonny Bairstow, Moeen Ali and Chris Woakes. While Ben Stokes and Jofra Archer missed out because of their respective injuries, the IPL-bound English cricketers were rested following their return from India. It remains to be seen if the team's fortunes change after the return of their prominent players.