Jofra said that they looked for every option before taking the surgery route, adding "It is not always a fix and we will find out in the coming weeks". 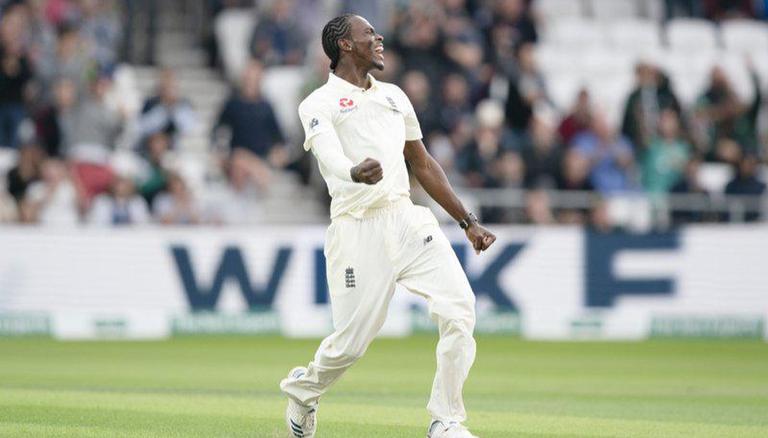 
England cricketer Jofra Archer, who recently underwent successful elbow surgery, has told The Daily Mail that he doesn't want to risk his career by rushing his comeback even if it means missing the Test series against New Zealand and India. Jofra said he will take his time and would only return to international cricket once he is fully fit because he doesn't want to risk missing the upcoming T20 World Cup and Ashes series against Australia. The 26-year-old said that they looked for every option before taking the surgery route, adding "It is not always a fix and we will find out in the coming weeks".

Jofra said he was taking injections and pain killers before the match against Kent earlier this month. The Caribbean-born English cricketer said the injections were clearly not working because he could feel the pain while playing for Sussex in the County Championship. He said they reached the decision to do surgery after trying all other options. Jofra said the surgery should solve the problem once and for all and in case it doesn't, there is always room for another one.

Jofra was ruled out of the Indian Premier League (IPL) because of an elbow injury and a subsequent finger surgery. The bowler made his much-awaited comeback by featuring in a match against Surrey 2nd XI for Sussex 2nd XI in the ongoing Second XI Championship. The player also participated in the County Championship game against Kent, where he impressed everyone with a fiery new-ball spell. However, the talented youngster bowled only five overs in the second innings of the game and complained of a sore elbow, following which he was advised for surgery by ECB doctors.

READ | 'It was a hard decision': RR's Jofra Archer hopeful of playing in rescheduled IPL 2021

Jofra is expected to return to training after at least one month, but only after receiving an all-clear from doctors post-assessment. Jofra underwent surgery on Friday to resolve the elbow issues, the ECB had said in a statement.