Jos Buttler Wants To Draw Inspiration From This Indian Player, And It's Not Virat Kohli 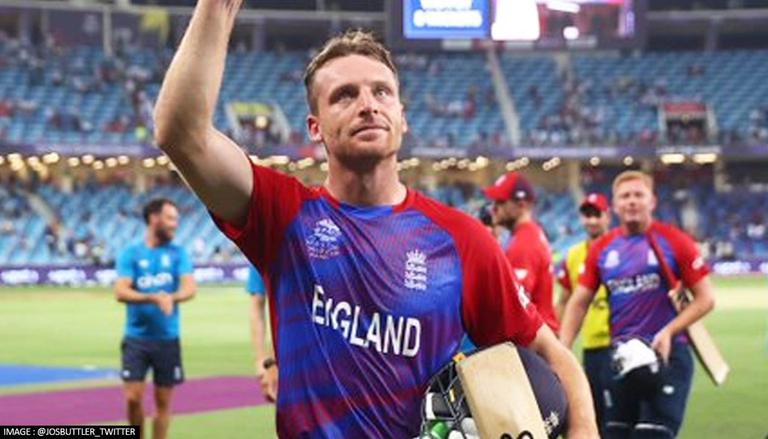 
England keeper-batter Jos Buttler named his Indian counterpart Rishabh Pant as an inspiration. After being compared with Indian skipper Virat Kohli, Buttler has now said that he hopes to take inspiration from Rishabh Pant and emulate his heroics in the upcoming Ashes series in Australia. Jos Buttler has been confirmed as England's first-choice gloveman after he was initially named doubtful for the squad in the iconic England vs Australia series.

Jos Buttler’s high praises for Indian wicket-keeper batter Pant comes in light of his significant role in India's Test series wins over Australia. Pant’s counter-attacking knocks at the middle order often put Australia's esteemed bowling attack under pressure which ultimately led to India's victory. Buttler has said that he hopes to do the same for the England side in the Ashes 2021 series.

Buttler said that he loved watching Pant bat in Australia, and mentioned the same in his column for The Telegraph. The English cricketer named ‘fearlessness’ and the ability to take ‘calculated risks’ as qualities of Pant.

"One player I really enjoyed seeing play Tests in Australia was Rishabh Pant when they won there last winter. I love the way he can change his game between the defensive side and aggressive sides, and be totally fearless,” Buttler wrote in his column.

“I'll be trying to take the same sort of fearless attitude I've had in the T20 World Cup into my red-ball batting. That doesn't just mean an all-out attack. But it's taking away the worries about too many things - keep the game very simple and looking to put bat to ball," he added.

The 23-year-old Indian batter played two of his greatest career knocks in Sydney and Brisbane in the last two Tests. Pant was also praised by pundits around the world for his game in Australia.

The first Australia vs England Test match will be contested at the 'Gabba' Brisbane from December 8-12 with the second Test match scheduled at the Adelaide Oval on December 16-20. The historical Boxing Day and New Year’s Tests will be played at the Melbourne Cricket Ground on December 26-30 with the Sydney Cricket Ground hosting the fourth test between January 5 and January 9. The Ashes 2021 will conclude with the Perth Test between January 14 and January 18. England will be coming to the tournament after crashing out of the T20 World Cup in the semi-finals while Australia will be the confident side having lifted the ICC trophy.