Kane Williamson, Rashid Khan Set To Skip IPL 2021 If Held In September; Here Is Why

Kane Williamson and Rashid Khan are set to be amongst few more big names who are set to miss out on the remainder of the IPL 2021, weakening BCCI's resolve. 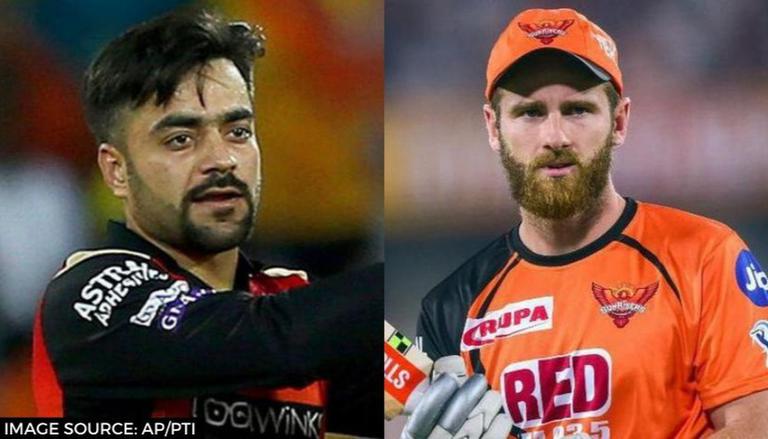 The remaining season of the Indian Premier League (IPL) 2021 is expected to be carried out in September. However, the league is already facing challenges as major international players might have to skip the rescheduled IPL 2021 due to the commitment to their national teams. Earlier, the ECB made it clear that the England players would have to miss the remaining IPL 2021 season if the schedule clashes with the fixtures of the England cricket team. Now, Kane Williamson and Rashid Khan from the SRH team may also have to skip the league if it is held in September.

New Zealand to play a series against Pakistan

The New Zealand team is scheduled to play a series against Pakistan in September in the UAE which will consist of 3 ODI matches and 3 T20I matches. The series is fixed after a signed commitment by the New Zealand Cricket to the Pakistan Cricket Board (PCB). This means that the series cannot be postponed or cancelled and this will make major New Zealand players including Kane Williamson unavailable for the IPL 2021 if rescheduled in September.

Alongside Kane Williamson, Rashid Khan may also miss the IPL as the Afghanistan national side will be playing a series against Pakistan as well. This will be a major blow to the SRH team as they were already struggling in the first half of the league. Other Kiwi players who might miss the league include Adam Milne (MI), Finn Allen (RCB), Kyle Jamieson (RCB), Mitchell Santner (CSK), Lockie Ferguson (KKR), Tim Seifert (KKR) and Trent Boult (MI).

The England and Wales Cricket Board (ECB) is also expecting its players to participate fully with the national side in their upcoming matches. Recently, England’s managing director of men’s cricket, Ashley Giles faced the question of whether England players will be picked for the upcoming Bangladesh and Pakistan tour which might clash with the rescheduled IPL 2021. Giles answered by saying that they have got a full Future Tours Programme and if those tours are organized as per schedule, then he would be expecting all the English players to be present.

It's good to be back! @PhotosportNZ capturing the opening day of the first of two camps at Lincoln before the team travel to England. #ENGvNZ #WTC21 pic.twitter.com/1bF9R4GF4g

Since the IPL suspension on May 6, fans have been wondering about the question, “Is IPL 2021 cancelled?”. The answer to the question is “No”, the IPL 2021 isn’t cancelled entirely but rather postponed indefinitely and is expected to resume back in September. The BCCI is planning to host the remaining part of the IPL 2021 in the UAE while also getting offers to host the league in the UK and Sri Lanka.

READ | Kane Williamson and co.'s date to travel to UK for England Tests revealed by NZC