Kane Williamson Talks About IPL 2021 Bio-bubble, Says 'there Were Some Breaches' 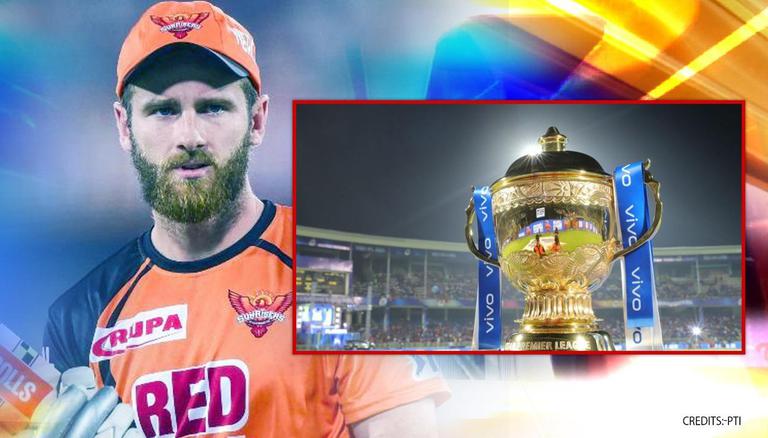 
New Zealand captain Kane Williamson has acknowledged that 'clearly there were some breaches' in the IPL's bio-bubble and suspending the league was the 'right decision' given India's "heartbreaking" COVID-19 crisis. The IPL was indefinitely postponed on May 4 after multiple COVID-19 cases inside the bio-bubble, including one in SunRisers Hyderabad, the franchise Williamson was leading.

"Things escalated really quickly over in India and the challenges that way in that part of the world are heartbreaking to see," Williamson told reporters during an interaction on Wednesday from his quarantine base in Southampton ahead of a Test series against England.

"From suppose us playing in a bubble with a face, you know clearly it became too great. We were very well looked after in the bubble for the first half of the tournament when things were still intact but clearly, there were some breaches," he conceded but didn't elaborate.

"The tournament couldn't continue and the right decisions were made, I believe that's how things unfolded in the IPL," the soft-spoken batsman added.

The latest edition of the cash-rich league had to be postponed indefinitely after the completion of 29 matches as franchises like Kolkata Knight Riders (KKR), Sunrisers Hyderabad (SRH), Delhi Capitals (DC), and Chennai Super Kings (CSK) reported a breach in the bio-bubble. The season of the flagship T20 competition was marred with a number of controversies this year as many fans had expressed their apprehensions regarding the organisation of such a grand tournament amid the COVID-19 health crisis in India. Players testing positive for the deadly virus in the bio-bubble proved to be the final nail in the coffin for the IPL 2021.

READ | Not allowed to say Virat Kohli isn't best; Williamson would be if he were Indian: Vaughan

The BlackCaps will be touring England to participate in a two-match Test series against Joe Root & Co. next month. The first Test will be played at the 'Mecca of Cricket' Lord's between June 2-6, whereas, the second and final Test match will be played in Edgbaston between June 10-14.

After the England series, the Kane Williamson-led side will be bracing up for a blockbuster clash against Virat Kohli's Team India in the ICC World Test Championship final at Ageas Rose Bowl in Southampton on June 18. The top two Test sides will battle it out in a one-off Test match for the biggest prize in red-ball cricket.

WE RECOMMEND
IPL suspension impact: BCCI have another MASSIVE cost to bear if IPL 2021 doesn't resume
Will IPL 2021 be completed in UAE or UK? Fans curious as BCCI's SGM and ICC meetings near
IPL 2021 anchor from Australia thanks Sanjana Ganesan, BCCI in heartfelt message
BCCI urges ECB to re-schedule Ind-Eng Tests to accommodate IPL;Vaughan has a suggestion
IPL 2021 broadcast chief has special request for Gautam Gambhir, KKR team management