Samson had already had several opportunities to represent India, but he never really managed to make the most of them, which caused him to fall behind others. 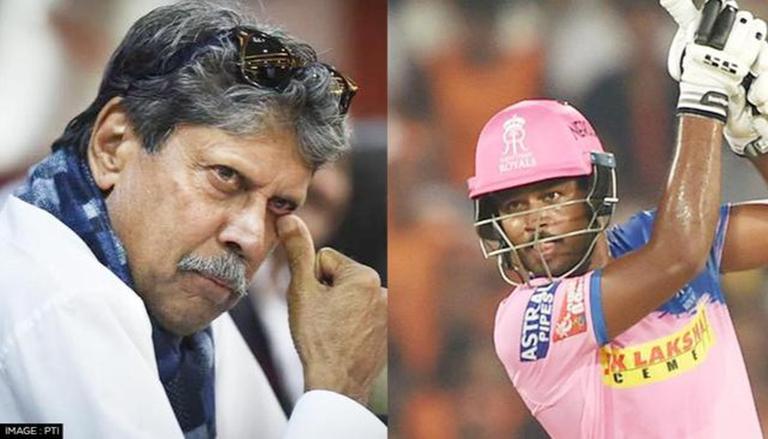 
Sanju Samson, the captain of Rajasthan Royals (RR), recently missed the chance to represent India in the T20I series against South Africa. The 18-member squad picked by the selectors for the five-match contest did not include him. Instead, opportunities were handed to Rishabh Pant, Ishan Kishan, and Dinesh Karthik. Samson's inconsistent play may have led to his exclusion from the team, according to former Indian cricketer Kapil Dev. Samson is incredibly talented and deserves to play for India for a long time, according to Kapil, therefore his inconsistency irks him.

When asked to compare Samson, Pant, Kishan, and Karthik, the 1983 World Cup-winning captain said all four of them are very similar in terms of wicketkeeping skills but are better than one another when it comes to batting. Kapil said they can single-handedly win a match for India with the bat on any given day. He further added that the thing that upsets him the most is Samson's inconsistency with the bat. Kapil said Samson is so talented but always fails after scoring in one or two games.

"All four of them are quite comparable to one another in terms of wicketkeeping, so nobody can single out one person and claim that he is superior to the others. However, they are all better than one another in terms of batting. Each of them can single-handedly win a game for India with their batting on any given day. Wriddhiman Saha, in my opinion, is better than all four of them in wicketkeeping, but they are all far better batters. Sanju Samson has such talent, yet he never delivers consistently. This makes me upset. He does well in one or two matches and then fails," Kapil said on the YouTube channel Uncut.

Samson had already had several opportunities to represent India, but he never really managed to make the most of them, which caused him to fall behind in the pecking order. The 27-year-old, who made his last international appearance in February of this year, has played 13 T20Is and 1 ODI for India. In the shortest format of the game, Samson has scored 174 runs at a miserable average of 14.50. Samson, however, has done significantly better in the Indian Premier League with more than 400 runs scored over the last two seasons. This year, he even guided Rajasthan to their second-ever IPL final, but his team was unable to win the championship.