Kevin Pietersen explained how he tricked MS Dhoni during the 2007 Oval Test, when the Indian wicketkeeper-batsman was bowled just short of a century. 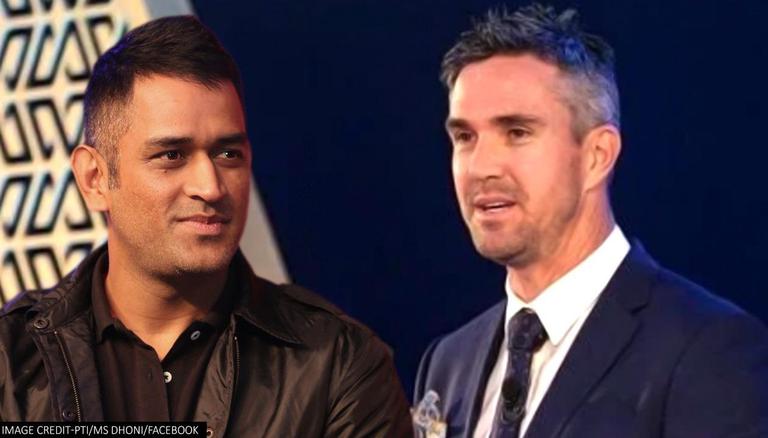 
Kevin Pietersen, the former England cricketer, recently recalled an occasion in which he outsmarted ex-India captain MS Dhoni. In a video released on Twitter, Pietersen explained how he tricked MS Dhoni during the 2007 Oval Test when the Indian wicketkeeper-batsman was bowled just short of a century by the South African-born cricketer. Just before Dhoni mistimed one and sent the ball soaring to Alastair Cook at deep square leg, he had smacked Pietersen for a mammoth six. However, Pietersen had the last laugh as he sent Dhoni back to the pavilion for 92 from 81 balls, eight short of a Test century.

"Just over there, 30 yards away, is where Alastair Cook was under a high ball (at deep square leg). And guess who the batter was? Mr. Mahendra Singh Dhoni. He’d knocked me for a monster six, almost went out of the ground into the Thames, gone. I held the next one back. MS, I am afraid to say, dude, you’re in there (pointing at his pocket), I am not in your pocket," Pietersen said while giving the tour of The Oval.

🔥 158 to win England the 2005 Ashes
😂 Dismissing MS Dhoni
1️⃣ Taking England to the top of the world@KP24 remembers his best Kia Oval memories ahead of the fourth #ENGvIND Test there this week. pic.twitter.com/2D8YupkdHL

The match ended in a draw courtesy of a valiant effort by Pietersen in the second innings for England, where he scored a magnificent century. Earlier, India batted first and posted a huge total of 664 runs on the board, which included a 91 from Dinesh Karthik, 55 from Rahul Dravid, 82 from Sachin Tendulkar, VVS Laxman (51), MS Dhoni (92), and 110 runs from Anil Kumble, which was also the legendary spinner's maiden Test century. In response, England was bowled out for 345 runs. India then added another 180 runs in its second innings to give the hosts a target of 500 runs.

England held on the nerves and batted the whole day to add 369 runs on the board at the loss of 6 wickets, which eventually helped them secure a draw. Andrew Strauss scored 32 runs, Alastair Cook (43), Michael Vaughan (42), Pietersen (101), Paul Collingwood (40), Ian Bell (67). Matt Prior and Ryan Sidebottom remained not-out at 12 and 3 respectively. India went on to win the series 1-0, which was the country's last Test series win in England.