Paine had slammed Pietersen over the former cricketer's now-deleted tweet where he had claimed that he would have ditched the Ashes series if he was a player. 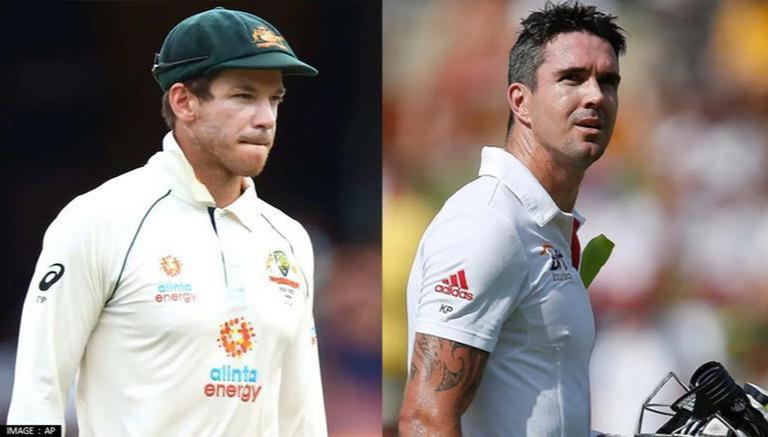 
Former England cricketer Kevin Pietersen has responded to Australia Test skipper Tim Paine's latest comment by posting yet another tweet, where he said it is up to the England players to make the decision on the Ashes series and not of former has-beens. Paine had slammed Pietersen over the former cricketer's now-deleted tweet where he had claimed that he would have ditched the Ashes series if he was still playing for England.

To be fair to @tdpaine36, it is up to the players to make the decisions on The Ashes tour, not ex has-beens!
Hopefully there’ll be a positive outcome over the weekend. The Ashes is the greatest rivalry & battle in Test match cricket - and we need Test Match cricket to survive! 🙏🏽

Paine, while speaking to radio station SEN Hobart, had passed a sarcastic remark against Pietersen, saying, "He is an expert on everything." Paine told SEN Hobart station that not a single England player has come out and said he will not be going to Australia for the Ashes, claiming but people like Pietersen are beefing up the issue to garner media attention. Paine, in his interview, had also said that the Ashes series will go on even if star England cricketers withdraw their name.

Pietersen, in his now-deleted tweet, had said, "There is NO WAY I would go to The Ashes this winter. ZERO chance! Unless the ridiculous quarantine rules were squashed and my family could travel with zero restrictions. Players are now done with bubbles! DONE!!!!!!!![sic]."

READ | Kevin Pietersen has 'Zero chance' of going to Australia for the Ashes; here's why

The five-match Test series is scheduled to begin from December 8 and continue till January 18. But the fate of the tour remains unclear with several senior English players having considered the possibility of boycotting it considering the types of COVID-19 restrictions in Australia. England vice-captain Jos Buttler has made it crystal clear that he will not be travelling to Australia for the iconic Ashes series starting 8 December without his family.

Earlier, British Prime Minister Boris Johnson had raised the issue of a travel ban on the families of England cricketers for the Ashes with his Australian counterpart, Scott Morrison. Australia has now announced its plans to ease restrictions by November, however, it remains to be seen whether it will allow England players to travel with their family members for the Ashes series.

The first Australia vs England Test match will be contested at the 'Gabba' Brisbane from 8-12 December whereas, the second Test match at the Adelaide Oval from December 16-20 will be a Day-Night affair. The iconic Boxing Day and New Year’s Tests will be played at the Melbourne Cricket Ground (December 26-30) and Sydney Cricket Ground (January 5-9) respectively, with the final Test scheduled for Perth’s Optus Stadium (January 14-18).

WE RECOMMEND
Ashes 2021: Tim Paine slams Kevin Pietersen over his recent comments on series uncertainty
Kevin Pietersen has 'Zero chance' of going to Australia for the Ashes; here's why
Shane Warne confident Ashes will go ahead, wants dropped English players to travel
England all-rounder Moeen Ali retires from Test cricket ahead of Ashes campaign
Stuart Broad confirms his participation in Ashes Series against arch-rivals Australia
Listen to the latest songs, only on JioSaavn.com