Khyber Pakhtunkhwa will face Central Punjab in the final of the Quaid-e-Azam Trophy on Friday, January 1. Here's our KHP vs CEP Dream11 prediction.

Khyber Pakhtunkhwa will face Central Punjab in the final of the Quaid-e-Azam Trophy on Friday, January 1. The match will be played at the National Stadium in Karachi at 10:30 AM IST. Here is a look at our KHP vs CEP match prediction, probable KHP vs CEP playing 11 and KHP vs CEP Dream11 team.

Defending champions Central Punjab, led by Hasan Ali, made one of the most remarkable turnarounds after being rooted at the bottom of the six-team table at the end of the fifth-round. During that period they failed to win a single match, however, the team made an inspirational comeback by winning four out of their last five matches and drawing the fifth to climb to the second spot on the points table which sealed their final’s berth.

Khyber Pakhtunkhwa on the other hand finished as the top team on the points table by accumulating 161 points (five wins, four draws, one defeat). They also recorded the most wins by any team in the group stage. The players have been in excellent form with Kamran Ghulam leading the runs chart. He will be expected to carry on his good form with the bat. Sajid Khan will be leading the bowling attack after bagging 62 wickets in 10 matches. The final promises to be an exciting contest.

Also Read: India Vs Australia: David Warner May Play In Sydney Even If He's Not 100% Fit: McDonald 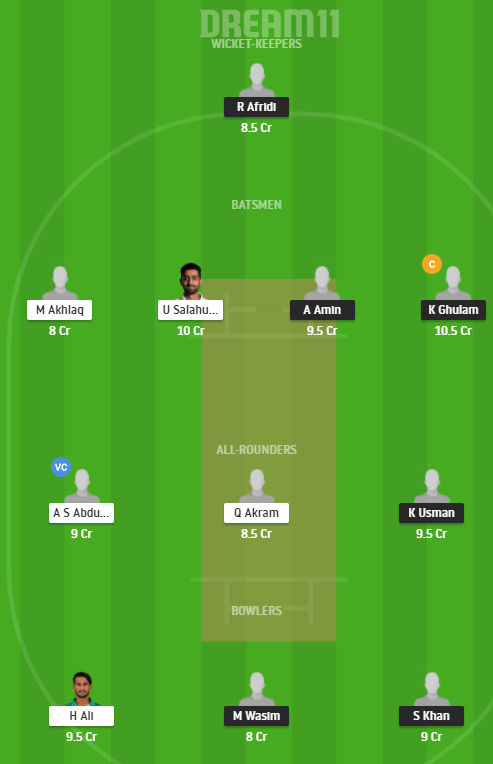 As per our KHP vs CEP Dream11 prediction, CEP will be the favourites to win the match.