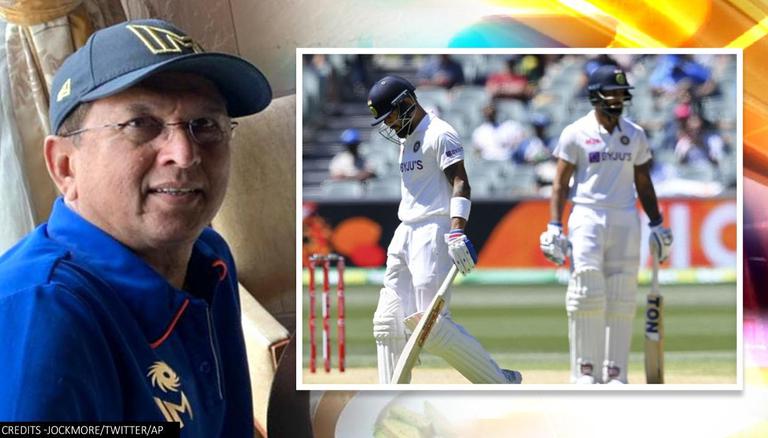 
Just days ahead of the inaugural edition of the ICC World Test Championship (WTC), former wicket-keeper batsman and chairman of selectors Kiran More has said that Team India have only one issue which could bother them in the highly-anticipated tournament decider against New Zealand.

Giving further clarification on the same, Kiran More said that India's batting needs to click as a unit instead of relying on individual performances as evident during the successful Test series triumph in Australia earlier this year and the subsequent home Test series against England.

"The only issue for me as far as the Indian team is concerned is the batting. We have not clicked as a unit in our batting. If you see when we lost in New Zealand, the batting was the major issue. Even in Australia, our batting didn't click together as a unit, we had to depend on a few individuals", said Kiran More while speaking to rediff.com.

"When we needed, Ajinkya Rahane got a century in Australia, then Rishabh Pant played some good knocks, then in the lower order guys like Washington Sundar and Ravichandran Ashwin also contributed with the bat," the ex-stumper added.
An important occasion for Virat Kohli the 'batsman' & 'captain'
When Virat Kohli leads his team from the front at the Ageas Rosebowl in Southampton next week, the Men In Blue would be hoping to end their eight-year-long ICC title run. At the same time, it will be a very important occasion for Virat Kohli the 'batsman' & 'captain' as well.

The 'Captain Fearless' would be hoping to win his first ICC title as captain while Team India look to end their eight-year drought.

Virat Kohli has not been able to make his bat talk during crunch games in the last decade and he would be hoping to change that in the ICC WTC final. The batting megastar had scored 1 in the 2015 World Cup semi-final against Australia, 5 against arch-rivals Pakistan in the ICC Champions Trophy 2017 final, and 1 vs New Zealand in World Cup 2019 semis where he failed to prolong his stay at the crease when it mattered the most. India went on to taste bitter defeats in all three games.

Come WTC final, Virat Kohli would be hoping to prove a point or two to his naysayers by playing an impactful knock on the 22 yards and help Team India end their eight-year ICC title drought. The winner of this one-off Test match will go down in history as the first-ever 'World Test Champions'.

Meanwhile, Virat Kohli will also be looking forward to winning his first major ICC title as a captain. The batting megastar was a key member of India's World Cup 2011, and, ICC Champions Trophy 2013 triumphs as a player but has not managed to prove his mettle as a skipper in marquee tournaments. Kohli who was named India's full-time captain in January 2007 has led the Men In Blue in two ICC events. India finished as the runners-up in the ICC Champions Trophy 2017 after a humiliating 180-run defeat at the hands of arch-rivals Pakistan and were knocked out from the 2019 World Cup post a heartbreaking loss to dark horses New Zealand in a rain-curtailed semi-final that was played for two days.