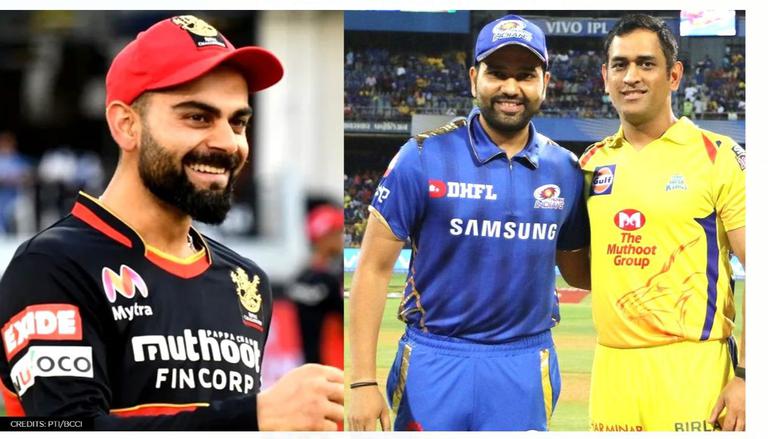 
Virat Kohli will be making his 200th Indian Premier League appearance when the Royal Challengers Bangalore (RCB) take on the two-time winners Kolkata Knight Riders (KKR) in the IPL 2021 fixture at Sheikh Zayed Stadium in Abu Dhabi on Monday.

As Virat Kohli looks forward to leading Bangalore from the front, he is also on the cusp of joining his Chennai Super Kings as well as Mumbai Indians counterparts Mahendra Singh Dhoni and Rohit Sharma in the elite IPL list.

The KKR vs RCB clash will see Virat donning the IPL jersey for the 200th time and thus, it will make him only the fifth player after CSK skipper MS Dhoni  (211), MI captain Rohit Sharma (207), veteran KKR wicket-keeper batsman Dinesh Karthik (203), and veteran Chennai Super Kings batsman Suresh Raina (200) to play 200 games in the history of the marquee tournament.

In fact, the batting megastar could have achieved this feat way earlier i.e. on May 3 2021 during the originally scheduled KKR vs RCB clash prior to the ongoing tournament's indefinite suspension a day later due to COVID-19.

As of now, the three-time finalists occupy the third spot in the IPL 2021 points table with five wins from seven matches and 10 points to their tally. The Royal Challengers Bangalore would be hoping to make a tremendous impact in the second phase of the cash-rich tournament as they eye a second straight playoff berth.

On Sunday evening, 'Captain Fearless' had made a shocking announcement that he would no longer be leading RCB from the front after the conclusion of IPL 2021 and would be looking forward to making an impact for the franchise as a player.

“This will be my last IPL as captain of RCB. I’ll continue to be an RCB player till I play my last IPL game. I thank all the RCB fans for believing in me and supporting me," said Kohli while interacting in a video posted by the Royal Challengers Bangalore on their official Twitter handle.

Virat Kohli to step down from RCB captaincy after #IPL2021

“This will be my last IPL as captain of RCB. I’ll continue to be an RCB player till I play my last IPL game. I thank all the RCB fans for believing in me and supporting me.”: Virat Kohli#PlayBold #WeAreChallengers pic.twitter.com/QSIdCT8QQM

Kohli has been associated with the RCB ever since the inception of the tournament in 2008 and is leading the Bengaluru-based franchise since 2013. He was appointed as the iconic New Zealand spinner Daniel Vettori's successor.  So far the side has won 62 of the 132 matches played under Kohli with 6 no results and 66 losses. Their best campaign was in 2016 when they reached the finals where they went down to southern rivals Sunrisers Hyderabad.

WE RECOMMEND
IPL 2021: How to download Dream11 app for Android, iOS? A step-by-step guide
Virat Kohli to step down as RCB captain after completion of IPL 2021
IPL 2021: Vivek Oberoi spends 'super day' with son at MI vs CSK match in Dubai
IPL 2021: Jasprit Bumrah becomes fifth 'one-franchise player' to play 100 matches
IPL 2021: Gautam Gambhir picks one team who can finish in the top two; reveals why
Listen to the latest songs, only on JioSaavn.com