As per reports, KL Rahul along with his best friend Mayank Agarwal, Ravichandran Ashwin and Washington Sundar will be boarding a flight for Mumbai from Chennai. 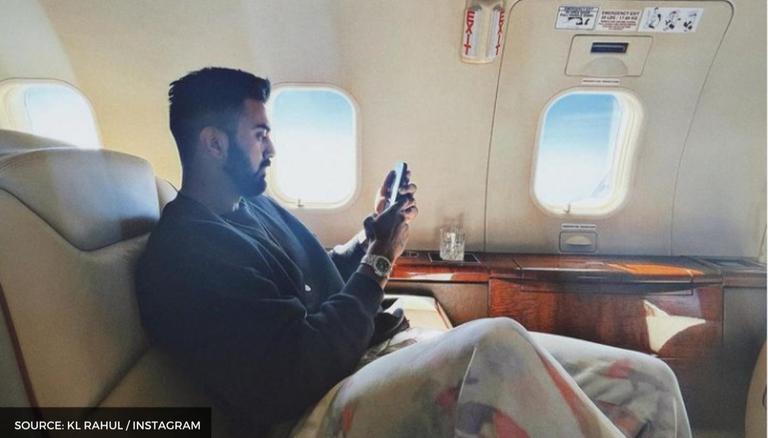 
Team India cricketers who have been named in the squad for the World Test Championship and for the tour of England will be arriving in Mumbai on May 19. The players will undergo a 14-day quarantine in India before departing to the United Kingdom on June 2. The Virat Kohli led side looks to be a formidable unit, however, the team management will be keeping an eye on the recovery of wicketkeeper Wriddhiman Saha, pacer Prasidh Krishna and KL Rahul before leaving for England.

While Saha and Krishna are recovering from COVID -19, KL Rahul underwent surgery for acute appendicitis on May 3. The Punjab King skipper was diagnosed with the problem during the IPL 2021 which was later postponed due to an increase in COVID-19 cases in the bio bubble. Speaking about KL Rahul injury status the cricketer recently gave an update to the fans by posting a picture of himself spending some time with his pet dogs. He also captioned the image saying "healing", suggesting he is recovering well from the surgery.

Speaking about KL Rahul's fitness update Insidesport has reported that the cricketer along with his best friend  Mayank Agarwal, Ravichandran Ashwin and Washington Sundar will be boarding a flight for Mumbai from Chennai after reaching the destination by road as per BCCI instruction. BCCI has arranged chartered flights from only three cities, Hyderabad, Chennai and Delhi to Mumbai.

Speaking about KL Rahul stats, the Karnatak cricketer has had a decent run with the bat while playing for Team India. He may not be a regular member in the Test setup, however, he has cemented his place in the shorter format of the game. In his Test career so far, Rahul has managed to score 2,006 runs in 36 Tests, with an average of 34.58, scoring five centuries and 11 half-centuries.

In the ODI setup, Rahul has scored 1509 runs in 38 matches at an average of 48.7, while in the T20 format the right-handed batsman has scored 1557 runs in 49 innings at an average of 39.9. During India's 2018 tour of England, the Karnataka star finished as India's second-highest run-getter with 299 runs in 10 innings, which included a staggering 149 in the last Test.