KL Rahul took to Instagram and posted a few pictures of him from his training session as he prepares to be match fit for the England tour. 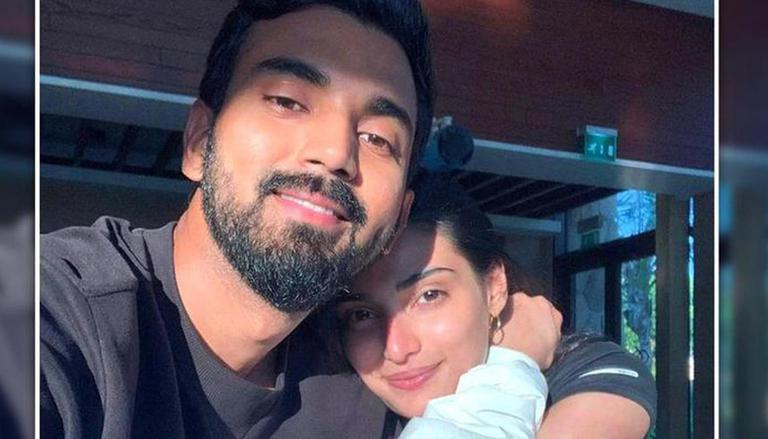 Indian batsman KL Rahul has been named in Indian squad that will take on New Zealand in the World Test Championship final. The right-hander recently underwent surgery to remove the appendix from his lower right abdomen. He was asked to rest for a week post which he was advised to resume all physical activity.

The KL Rahul injury occurred amidst the IPL 2021 where he was leading Punjab Kings. In his absence, the Mayank Agarwal-led Punjab in the tournament before it was called off due to the emergence of COVID-19 cases in the bio-bubble. However, Rahul has recovered completely now and is gearing up for the high-voltage WTC final.

On Wednesday, Rahul took to Instagram and posted a few pictures of him from his training session as he prepares to be match fit for the England tour. He also put up a motivational caption and wrote, "And still, we rise" with a sunflower emoticon. Here's a look at the KL Rahul Instagram post.

As soon as KL Rahul uploaded the post, fans flooded the comment box with their responses. Several reactions poured in as fans expressed their delight to see the batsman fit and wished him the best for the England tour. Among many comments, one notable comment came from the rumoured KL Rahul girlfriend, Athiya Shetty. The actor just commented with a smiling face emoji. 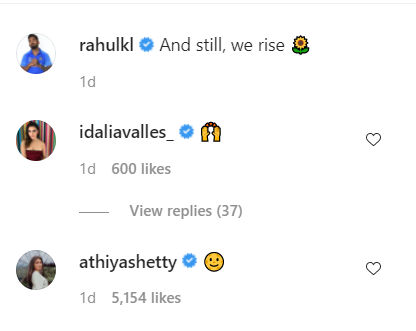 Bollywood actor and the daughter of actor Suniel Shetty, Athiya Shetty is rumoured to be the KL Rahul girlfriend. The two are often seen sharing pictures with each other on social media. Moreover, their comments on each other's social media handles indicate that two have been hit by Cupid's arrow.

Meanwhile, Rahul who has been named in the India squad for WTC Final, was in sensational form in the IPL 2021. At the time of the IPL 2021 suspension, Rahul was the second leading run-scorer in the tournament with 331 runs in 7 games at a brilliant average of 54.29 and a decent strike rate of 134.28. Rahul will look to break into India's playing XI for the WTC final and grab the second opener's spot.

He will have to compete with Shubman Gill and close friend Mayank Agarwal to partner Rohit Sharma at the top. The WTC final will be played between India and New Zealand from June 18-22 in Southampton. The winner of the high-voltage India vs New Zealand game will be crowned maiden World Test Championship winners.

WE RECOMMEND
KL Rahul injury update: BCCI reveal Indian batsman's availability for England tour
KL Rahul reveals his biggest achievement as per his mother and it is NOT playing for India
India squad for WTC Final gets relieving update from BCCI, board comments on vaccines
KL Rahul Covid-19 donation: Fans curious about PBKS captain's contribution to Indian cause
India squad for WTC Final: All you need to know about latest entrant Arzan Nagwaswalla