Akhtar lambasted the PCB and the national team on Friday for not playing fearless cricket against Australia in the just-finished three-match Test series. 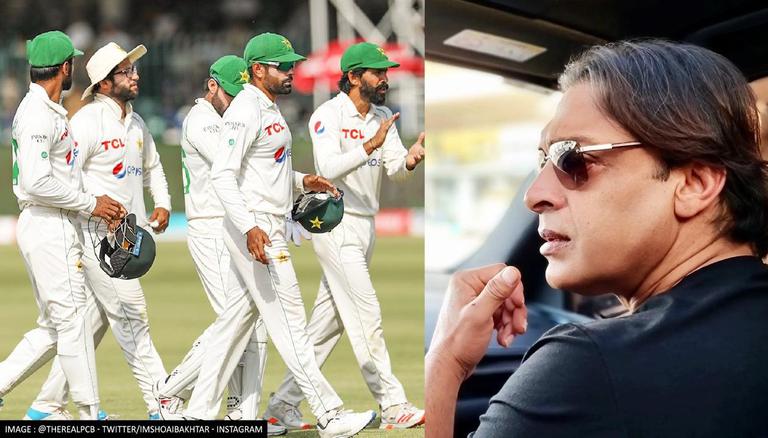 
Shoaib Akhtar, a former Pakistan bowler and global cricketing superstar, lambasted the Pakistan Cricket Board (PCB) and the national team on Friday for not playing fearless cricket against Australia in the just-finished three-match Test series. On his official YouTube channel, Akhtar criticized the PCB and Pakistan team management for their defensive approach, while complimenting Australian captain Pat Cummins for playing "brave" cricket.

"This series was complete nonsense. The Pakistan Cricket Board (PCB) and, most probably, the team management went with the mindset to draw the series. They came in with the attitude that neither they nor us should win, and that the series should conclude in a draw. But hats-off to the Australians. I am truly delighted for them. This was not their home, and none of the players had played in Pakistan before. They came here and played brave cricket despite not being familiar with the conditions," Akhtar said on his YouTube channel.

"You get these kinds of results when you play without courage and merely to survive. They arrived as your guests after a 24-year gap, expecting you to provide good wickets, which you failed to do. You attempted to exhaust them. We were attempting to wear them down, according to the chairman of the PCB, but the contrary happened. False talks, the incorrect attitude, and the wrong mindset. We need to hire people who aren't mediocre and can make excellent decisions on your [PCB's] behalf. Unfortunately, good decisions are never made in Pakistan," Akhtar added.

As far as the third Test match between Pakistan and Australia is concerned, the visitors won the toss and elected to bat first at the Gaddafi Stadium in Lahore. Australia posted a total of 391 runs in the first innings courtesy of superb batting performances by Usman Khawaja, Cameron Green, Alex Carey, and Steven Smith. All of these players scored a half-century each with Khawaja hitting the highest in the form of 91 off 219 balls. Pakistan pacers Shaheen Shah Afridi and Naseem Shah picked four wickets each for their side, while Nauman Ali and Sajid Khan scalped 1 wicket each.

Pakistan, on the other hand, were bowled out for 268 runs in their first innings courtesy of a five-wicket-haul from the Aussie captain Pat Cummins. Mitchell Starc picked a four-wicket-haul for the Australians in the same innings. Pakistan batters Abdullah Shafique, Azhar Ali, and Babar Azam were the highest run-scorers for their team as they hit 81, 78, and 67 runs, respectively. In the third innings of the game, Australia declared at 227/3 with Khawaja finishing unbeaten at 104 off 178 balls. David Warner contributed with a well-made 51 off 91 balls.

To win the match, Pakistan needed to score 351 runs in the last innings. The team led by Babar Azam had a full day to hunt down the target. Despite finishing Day 4 at 78/0, Pakistan batters took a conservative stance on the final day and were knocked out for 235 runs by the Australians. The match was eventually won by Australia by 115 runs, giving them a 1-0 lead in the historic Test series.