While Ravindra Jadeja has climbed to the second spot in ICC Test all-rounders rankings, Rohit Sharma has also moved up in ICC Test Batting Rankings. 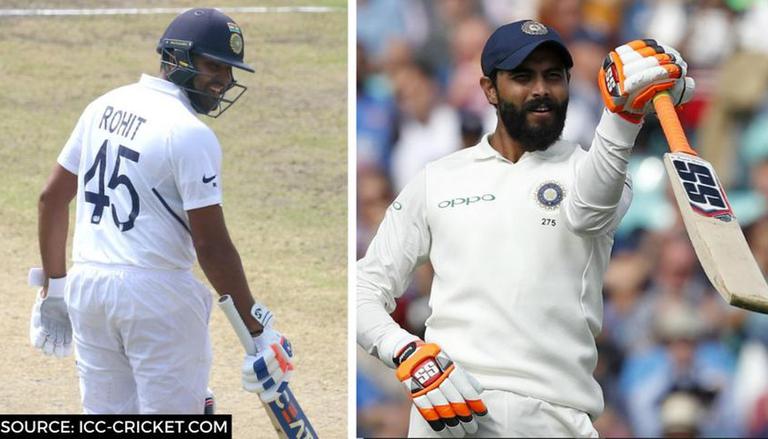 Indian all-rounder Ravindra Jadeja has overtaken England's Ben Stokes in the ICC Test rankings for all-rounders that were updated on Wednesday. Jadeja is now placed at the second spot in the rankings with 386 points to his name as compared to Stokes' 385. The spot of the No 1 all-rounder in Test match cricket is held by West Indies' Jason Holder who is sitting pretty at the top with 421 points in his bag.

It is worth mentioning that Stokes was ruled out of the ongoing two-match England vs New Zealand Test series due to an injury he sustained during the 14th edition of the Indian Premier League (IPL). On the other hand, Jadeja has also been out of action from Tests after he injured his hand during the third Test against Australia. Since then, he missed the fourth Test Down Under and the subsequent four-match Test series against England at home.

While Jadeja is placed second, his bowling partner R Ashwin has occupied the fourth spot (353 points) in the rankings. The off-spinner had a memorable series with the bat against England as he smashed a wonderful century in his hometown Chennai. Notably, Ashwin is also the second-ranked bowler as per the ICC latest Test bowling rankings.

Tim Southee’s seven wickets in the first Test against England has pushed him to No.3 in the @MRFWorldwide ICC Test Rankings for bowling 📈 pic.twitter.com/9nd2ekGiPS

As per ICC latest rankings, Indian opener Rohit Sharma (747 points) has gained one spot and is now placed seventh in the ICC Test Batting Rankings, one place behind wicket-keeper Rishabh Pant (747 points) and two spots behind captain Virat Kohli (814 points). The No 1 Test batsman is New Zealand skipper Kane Williamson. The WTC final will be a great contest between Williamson and Kohli as they will fight for the No 1 Test batsman tag.

Meanwhile, the maiden WTC final is slated to be played from June 18-22 at the Ageas Bowl in Southampton. A Reserve Day (June 23) has also been set to ensure five full days of play. The Reserve Day will only be used if lost playing time cannot be recovered through the normal provisions of making up lost time each day. Notably, there will be no additional day’s play if a positive result is not achieved after five full days of play and the match will be declared a draw in such a scenario.

READ | Dinesh Karthik bets for Shubman Gill to do well in WTC Final, says 'he is ready for sure'
First Published: 9th June, 2021 17:44 IST
SUBSCRIBE TO US