Gautam Gambhir fell short of his century by three runs but his innings set the base for Yuvraj Singh and MS Dhoni to take the team to victory. 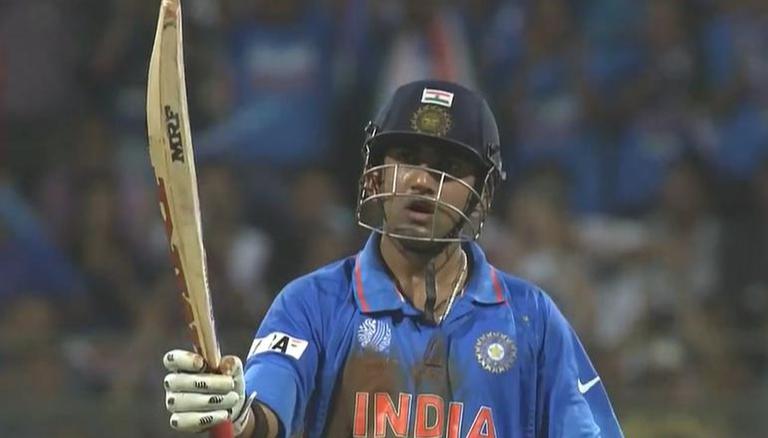 
Gautam Gambhir had an incredible international career with Team India in which he played many match-winning knocks. The cricketer-turned-politician played a very important role in Team India winning two World Cups (2007 and 2011). The southpaw turned 41 on Friday, October 14 and fans spoke about his important role in India winning the 2011 World Cup.

Talking about Gautam Gambhir's knock in India vs Sri Lanka 2011 WC final. The men in blue were chasing 275 runs for victory, India lost the wickets of Sachin Tendulkar and Virender Sehwag with Lasith Malinga dismissing both batsmen. Despite losing two wickets, Gambhir played a gritty inning to take the team out of trouble and put them in a commanding position.

The left-handed opener with the help of nine boundaries scored 97 runs off 122 balls before being dismissed by Thisara Perrera. Gambhir first put on an 83-run stand with Virat Kohli, after which he stitched an important partnership of109-run with skipper MS Dhoni.  Yuvraj and Dhoni ensured that the World Cup title returned home after 28 years.

Gautam Gambhir recent returned to the cricket field helping India Capitals beat Bhilwara Kings to win the second edition of the Legends League Cricket. Coming to the 2011 World Cup finals innings, Gambhir fell short of his century by three runs but his innings set the base for Yuvraj Singh and MS Dhoni to take the team to victory. Here's what the fans had to say about his incredible knock.

Wishing you a Very Happy Birthday Idolo @GautamGambhir 🎂🎉
One of the Biggest and Unsung Hero of 2007 T20 World Cup final and 2011 ODI World Cup final.
The man for the Tough Situations with a Gritty Fighting Attitude!🙌❤️🫡#gautamgambhir #HappyBirthdayGautamGambhir pic.twitter.com/evVdTkROiQ

The India legend represented the national team and played 58 Tests, 147 ODIs and 37 T20Is. He led Team India in 6 ODIs and has a 100% win record as captain. Gambhir also captained Kolkata Knight Riders and guided them to two IPL title wins which came in 2012 and 2014. He was appointed the mentor for Lucknow Super Giants in IPL 2022. The former opener is one of the four Indian and four international cricketers to score centuries in five consecutive Test matches. Gambhir is the only Indian batsman to score more than 300 runs in four-Test series. He called time on his career on 3 December 2018 before his final match for the Delhi team against the Andhra team in Ranji Trophy