Agarwal scored 28 off 35 balls before being dismissed by the young England pacer. James had earlier picked India's stand-in captain Rohit Sharma's wicket for 9. 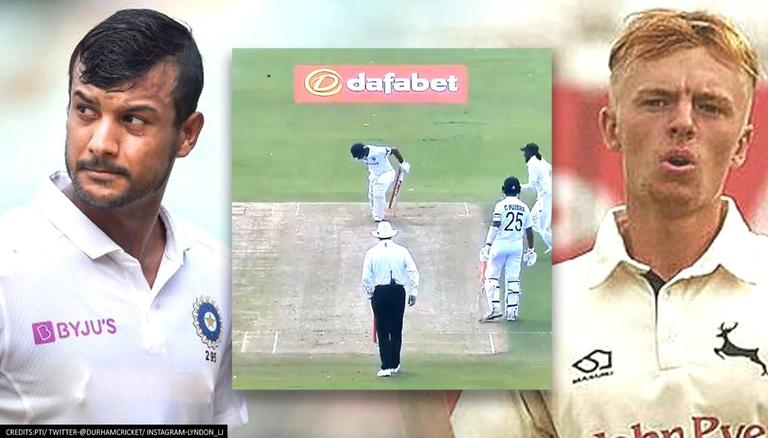 Durham Cricket shared the video of the amazing delivery on its official Twitter handle. In the video, Agarwal appears stunned by James' delivery as he remained in the defensive position while the ball passed through to demolish his wickets.

Brilliant from @TrentBridge's Lyndon James who picks up his second.

India won the toss and elected to bat first against the County Select XI side lead by Will Rhodes. World Test Championship finalists Virat Kohli, Ajinkya Rahane, Mohammed Shami, and Ishant Sharma have made themselves unavailable for the match with KL Rahul, Mayank Agarwal, Hanuma Vihari, Axar Patel, Mohammed Siraj, Umesh Yadav, and Shardul Thakur coming in for the warm-up match. Rishabh Pant and Shubman Gill are other notable exclusions as they were ruled out earlier due to COVID-19 concern and an injury to the shin respectively.

Indian all-rounder Washington Sundar and pacer Avesh Khan is playing for the County Select XI side in order to get some practice ahead of the five-match Test series against England, which start on August 4.