Former Australian skipper Michael Clarke reckons that his team's statement regarding the infamous Sandpapergate incident has been very 'smartly worded'. 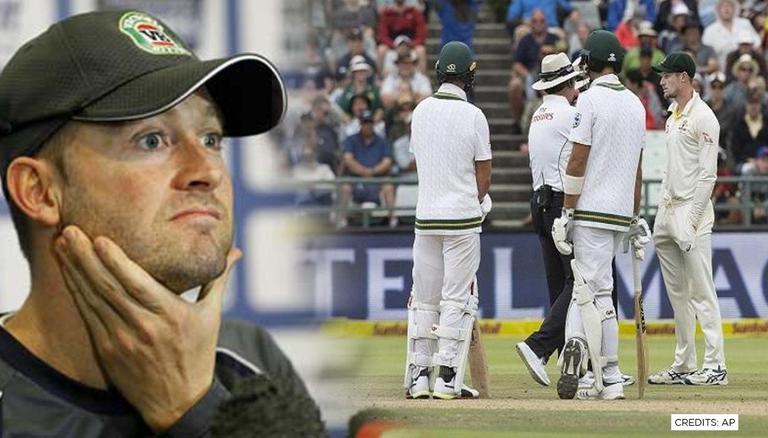 It has been 3 years since the infamous ball-tampering incident in Cape Town that shook the Australian cricket team along with all the fans around the globe. The event that took place in March 2018 is once again becoming the focal point of discussion after Cameron Bancroft recently suggested that bowlers in the Australian camp were aware of the Sandpapergate proceedings. Earlier, former Australian captain, Ian Chappell had expressed his views about the severe punishments given to only 3 players, particularly David Warner.

Asked about the bowlers' statement on Sky Sports Radio on Wednesday morning, Clarke said: "I knew when I made my comments about what Cameron Bancroft's quotes were it was more than likely going to offend certain people. It certainly was not done personally from my perspective, particularly with the four bowlers concerned, I'm good friends with all of them." "I think there have been a number of people, past players, journalists who have made comments based on what Cameron Bancroft said and then what David Saker, the bowling coach, as well had said. I think that is what's really important after seeing the joint statement.

"The one thing that stands out for mine in that statement [is] they forgot how this conversation was brought up. It was comments from a teammate Cameron Bancroft who was involved in the situation and then quotes from David Saker who was the bowling coach at the time", he added.

"After journalists and past players like myself, Adam Gilchrist, and Stuart Broad, a current player, had seen what was said and written, a lot of people have made comments. I think those guys and Cricket Australia need to remember how this conversation has been brought up so in their statement they should have added where it says: 'We pride ourselves on our honesty. So it's been disappointing to see that our integrity has been questioned by some journalists and past players' -- you probably should have put the current teammate who was there at the time and did the crime and bowling coach who was there too. You probably left two people out", the cricketer-turned-commentator/analyst said.

"This statement is very smartly worded and written so I'm not going to sit here and continue to talk about every word in that statement. I've said what I've said. It certainly was not personal towards them. I said what I said because that's what I believe", the 2015 World Cup-winning skipper added.

The Sandpapergate incident came to light after Australia's Cameron Bancroft was caught on television cameras trying to rough up one side of the ball with a piece of sandpaper. This attempt was made to make the ball swing during the third Test against South Africa. The former captain at the time, Steve Smith was found to be involved in the plan along with his vice-captain David Warner.
Steve Smith, David Warner, and Cameron Bancroft were accused of tampering with the cricket ball in the Cape Town Test match and they were temporarily suspended from international cricket. Bancroft was banned for 9 months and was fined 75 % of his match fee. Meanwhile, Steve Smith and David Warner were banned for 12 months with the former losing out on 100% of his match fee.