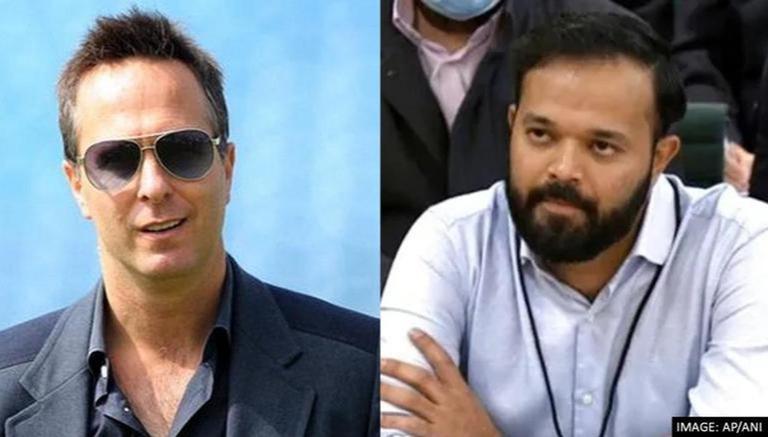 
Former England cricketer Michael Vaughan has spoken publicly for the first time since his name emerged in the Yorkshire racism scandal. Vaughan, in his first television interview since the row broke out, has said that he has no recollection of the event and also apologised to Azeem Rafiq for any hurt the former Yorkshire cricketer has felt. Vaughan further insisted that he was "proud as punch" of Asian cricketers playing for Yorkshire at the time.

Vaughan even apologised for an old tweet he had published a couple of years ago. Vaughan had written in his post, "Not many people live in London...I need to learn a new language". Vaughan said he regrets posting many tweets and apologised for any post that might have caused offense.

How is Michael Vaughan involved?

Vaughan's name had emerged in the Yorkshire racism scandal after Azeem Rafiq accused the former England captain of making racial slurs against Asian cricketers when he was part of the domestic squad in 2009. England spinner Adil Rashid, who was also playing for Yorkshire at the time, supported Rafiq's allegation and said he too had heard Vaughan make racist comments to Asian players. Vaughan is alleged to have said, "Too many of you lot, we need to do something about it."

After the incident came to light, Vaughan was removed as a commentator from BCC's coverage of the Ashes. He also lost several sponsorship contracts. Vaughan has categorically denied the allegations made against him by Rafiq and has said he tried his best to make the Yorkshire dressing room inclusive when he was the captain of the side. Vaughan said the allegations made against him "hurt" because he was always appreciated for his ability to be able to bring the team together.

Rafiq, who was born in Pakistan, first made the racism allegations against his former club and teammates in 2018. However, after Yorkshire failed to launch an investigation into the matter, Rafiq went to the press. Earlier this year, Yorkshire released its report and admitted that Rafiq was subjected to racism on several occasions. But on October 28, Yorkshire issued another statement, refusing to accept the report of its internal panel, causing massive uproar in the cricketing world.

The England and Wales Cricket Board (ECB) was forced to take notice of the development resulting in the suspension of the club from hosting international matches until it can "meet the standards expected of an international venue, ECB member and First Class County."