Mohammad Hafeez Trolled By His Own Fans For This Strange Reason

Mohammad Hafeez was trolled by Pakistani fans after he had posted a picture of him enjoying sunset view at his hotel room in St Lucia. He is playing CPL.

Mohammad Hafeez has been one of the best cricketers for Pakistan team. Hafeez has made his mark for the Men In Green as an all-rounder with his good batting and right-arm off-break. He had made his international debut for Pakistan back in 2003 and since then has gone on to represent Pakistan in 55 Tests, 212 One Day Internationals and 89 T20Is. Apart from his poor form, he was also suspended for illegal arm action in 2015. Mohammad Hafeez has also enjoyed his stint as a captain.  Now, he is currently not in Pakistan Cricket's scheme of things and as of now is playing franchise cricket. The Pakistani all-rounder is currently playing St Kitts & Nevis Patriots in the ongoing edition of the Caribbean Premier League. He had recently posted a picture of himself in the Caribbean.

Mohammad Hafeez trolled by his own fans

Recently, Mohammad Hafeez had posted a picture of himself from a hotel room in St Lucia as per reports and was seen enjoying the sunset view. However, the fans of his country did not seem to be too kind to him which might be due to his poor performances and they came forward to brutally troll him. Here are some of the reactions. 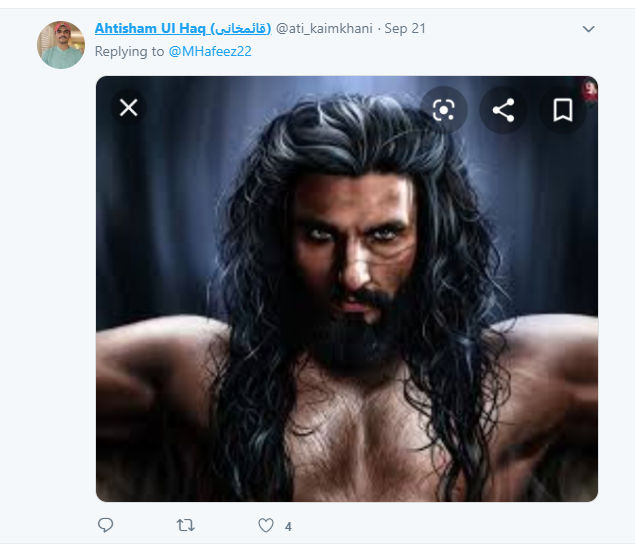 Mohammad Hafeez was a part of the successful Champions Trophy squad that had emerged triumphant in the ICC Champions Trophy 2017 where they beat arch-rivals India in a lop-sided final to lift their maiden title. Since then, it seems that nothing has favoured the veteran all-rounder thereafter. He was a part of the Pakistan outfit led by Sarfaraz Ahmed which went on to become the top-ranked side in T20I rankings. Nonetheless, Hafeez did not have a good outing in the ICC Cricket World Cup 2019. He managed to score a half-century in the league game against England courtesy of a dropped catch but could not make any impact in the showpiece event as the 1992 winners failed to qualify for the knockouts. Mohammad Hafeez also did not feature in the list of players who were offered central contracts by the Pakistan Cricket Board (PCB).