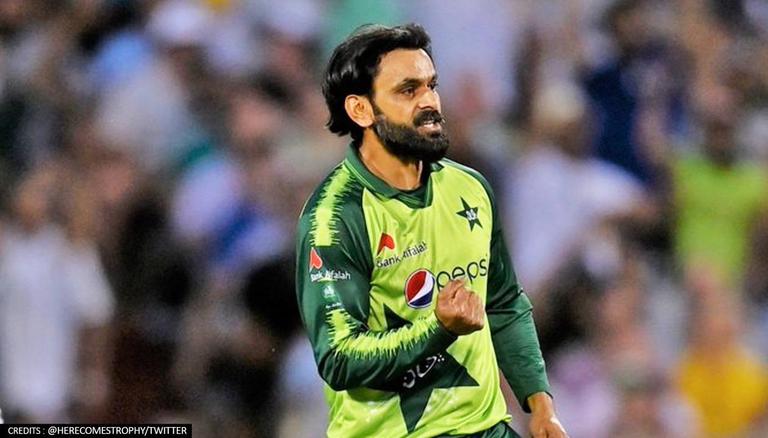 
Former skipper Mohammad Hafeez bowled an economical spell to help Pakistan register a close seven-run win in the second T20I against the West Indies at Guyana's Providence Stadium on Saturday.

While Mohamad Hafeez's spell did wonders for Pakistan, he was accused by the die-hard fans of the game of 'chucking'.

Pak vs WI: Fans call out Mohammad Hafeez for 'chucking' during his match-winning spell

Meanwhile, the passionate cricket enthusiasts were not convinced with his bowling action and they did not hesitate in coming forward and expressing their discontent on social media. Here are some of the reactions.

Hafeez is chucking but chuc is silent pic.twitter.com/3bedBs2X0Z

Pak acted smart until now by keeping hafeez in shell. They don’t want to expose him before W’Cup. Even if he get called in W’Cup still he will play & serve purpose. Since this will be his last he don’t care chucking by 15 or 150 degree. They’re taking risk in exposing him now.

Can some one just recheck Md. Hafeez bowling today?
He has been chucking all the way for his 4 overs@ICC Please check this!

This is not the first time that Mohammed Hafeez has been accused of chucking while bowling. In fact, veteran New Zealand batsman Ross Taylor during a bilateral series between Pakistan and the BlackCaps in November 2018 had clearly questioned the all-rounder's bowling action, and that too while he was present at the 22 yards.

The incident took place after the end of Mohammad Hafeez's very first over of his spell during the first ODI that was played at Abu Dhabi's Sheikh Zayed Stadium. It so happened that Ross Taylor had made a public gesture to the on-field umpires Joel Wilson and Shozab Raza that the ex-Pak skipper was clearly chucking.

Before Ross Taylor had even warned the umpires about Hafeez's illegal action, the 40-year-old's action had been already deemed illegal four times by the governing body of world cricket, the International Cricket Council (ICC) on four occasions.

It's for umpires to umpire a match and players to stick to playing cricket. Here's Ross Taylor telling the umpire that he thinks Mohammad Hafeez is chucking #PAKvNZ #Cricket pic.twitter.com/r7o053w5CJ

Coming back to the contest, Pakistan were restricted to 157/8 from their allotted 20 overs on a wicket that appeared to be on the slower side. Skipper Babar Azam (51) and wicket-keeper batsman Mohammad Rizwan (46) added 67 runs for the second-wicket stand.

The West Indies in reply did fight hard but Mohammad Hafeez with his tight bowling kept the run flow in check. He finished his spell with figures of 6/1 from his four overs including a maiden at an economy rate of 1.50 as the reigning T20 world champions were restricted to 150/4 from their 20 overs despite an impactful knock from the explosive limited-overs specialist Nicholas Pooran who remained stranded at an unbeaten 62 off just 33 deliveries. His knock included four boundaries and six maximums at a strike rate of nearly 188.

Mohammad Hafeez was adjudged the Man of the Match for his bowling performance as the Men In Green went 1-0 up in the four-match series.

WE RECOMMEND
Munaf Patel reveals what he had told Hafeez after dismissing him in World Cup 2011 semis
Rain washes out first T20 between West Indies and Pakistan
Mohammad Hafeez PSL 2021 salary, earnings, net worth, house and top career stats
Mohammad Hafeez 42 runs away from breaking THIS top, all-time Pakistan cricket record
One T20 cut from Pakistan vs. West Indies series