Mohammed Shami To Be Considered For T20 World Cup If Bumrah, Harshal Are Injured: Report 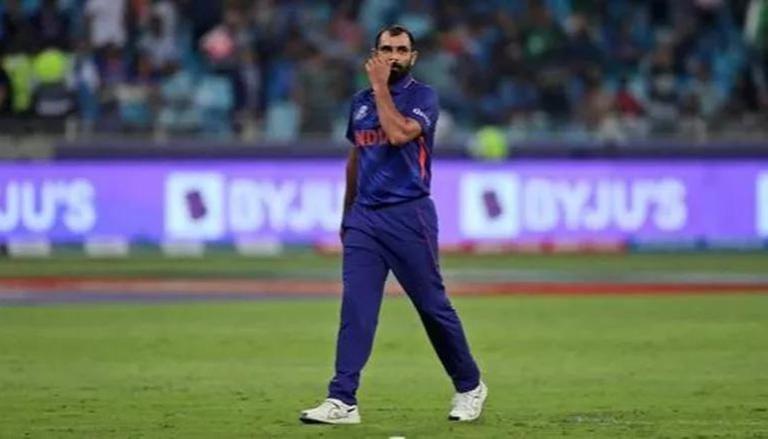 
Indian pacer Mohammed Shami may soon make a T20I comeback in the event that Jasprit Bumrah and Harshal Patel continue to be sidelined by injuries. Shami, who hasn't participated in a T20I match for India since November 2021, may return for the home series against Australia and South Africa next month and may possibly lead the pace attack at the upcoming T20 World Cup. The BCCI will reportedly consider Shami if Bumrah and Patel are forced to withdraw from the marquee ICC event owing to injuries.

'He could be a great asset'

The selectors allegedly told Shami some time back that he will no longer be taken into consideration for selection in T20Is going forward. However, the selectors have been forced to reconsider Shami in the shortest format due to the injuries incurred by Bumrah and Patel, which could prevent them from competing for India in the T20 World Cup this year. According to InsideSport, Shami is expected to be included in the Indian squad for the series against South Africa and Australia.

"See, Shami isn’t getting any younger and that is why we have to manage his workload too. That is the reason he was informed about T20s (Not selecting). But if we have two premier pacers injured, we have to fall back on someone reliable in Australia. Shami understands the conditions better than anybody and could be a great asset. The final call on him will be taken only at a later stage," InsideSport quoted a member of the selection committee as saying.

READ | 'It wasn't a small break but of three years': Mohammed Shami opens up on return to India's ODI team

"It’s too early to panic. Bumrah and Harshal are both under the medical team’s observation. We have a great pace bowling line-up. As for Shami, there is no doubt that he could be useful in Australia, but we have to manage his workload too. If the team management believes he will be required, we will take a call on that later. For now, there is nothing to worry about," the individual added.

READ | Kishan, Samson to Shami: A look at key omissions in Team India squad for Asia Cup 2022
SUBSCRIBE TO US